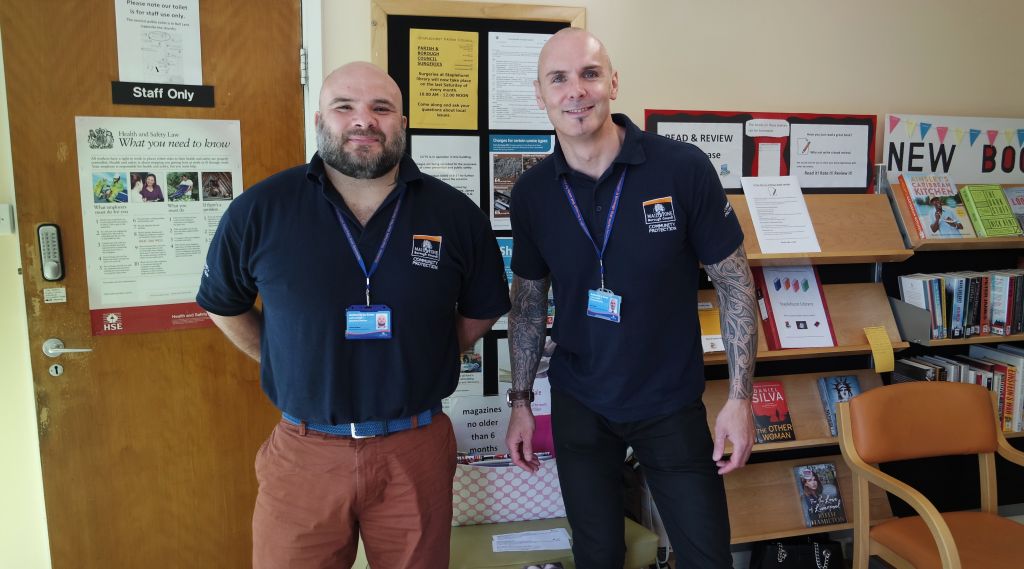 As a result of new powers, the Maidstone Borough Council Community Protection Team has moved on five unauthorised encampments within 24 hours of their arrival so far this year.

On average, the borough has previously experienced 12 unauthorised encampments per year and previous powers meant the Council would have to apply to the court for an eviction notice to remove the encampment. Often, this process would incur delays and, in most cases, take up to seven days to fully enact.

Now the team actively challenge the anti-social behavioural aspect of the encampment and issue notices prohibiting certain anti-social activity from taking place. Breach of this notice is a criminal offence and allows the team to take more immediate action to stop and deal with any offences identified and those who are committing them.

As well as their work with unauthorised encampments, the Community Protection Team regularly liaises with the MBC’s own housing team to ensure that those with a genuine need for housing get the correct support and help that is available to them.  In addition, it has been working closely with the Homeless Outreach team to assist with locating, liaising with and identifying rough sleepers in the borough.

“We are keen to stress that we are not targeting a specific community or those with a genuine housing need. However, we are determined to proactively deal with issues that are sometimes associated with unauthorised encampments, which can lead to damage to Maidstone Borough Council land and are detrimental to the area. These behaviours include the dumping of waste, damage caused by the driving of vehicles over recreation grounds and the lighting of fires.

“Since taking the new approach, the Community Protection Team has reduced the financial cost to MBC, the environmental impact on the community, as well as reducing the loss of public amenities associated with unauthorised encampments.”

The Community Protection team works closely with Kent Police to ensure that the Council’s public open spaces are protected. Since introducing the use of the new powers Maidstone has seen a noticeable reduction in the number of unauthorised encampments across the borough in comparison to previous years.

The work of the Team reflects one of the four priorities included in the MBC Strategic Plan – Safe, Clean and Green which aims to make sure that all those who live in, work or visit the borough feel safe, are safe, and are able to access and receive the support and assistance they require should they need it.

“We take pride in working for the people of the borough and hope that the positive actions we take demonstrate that.”