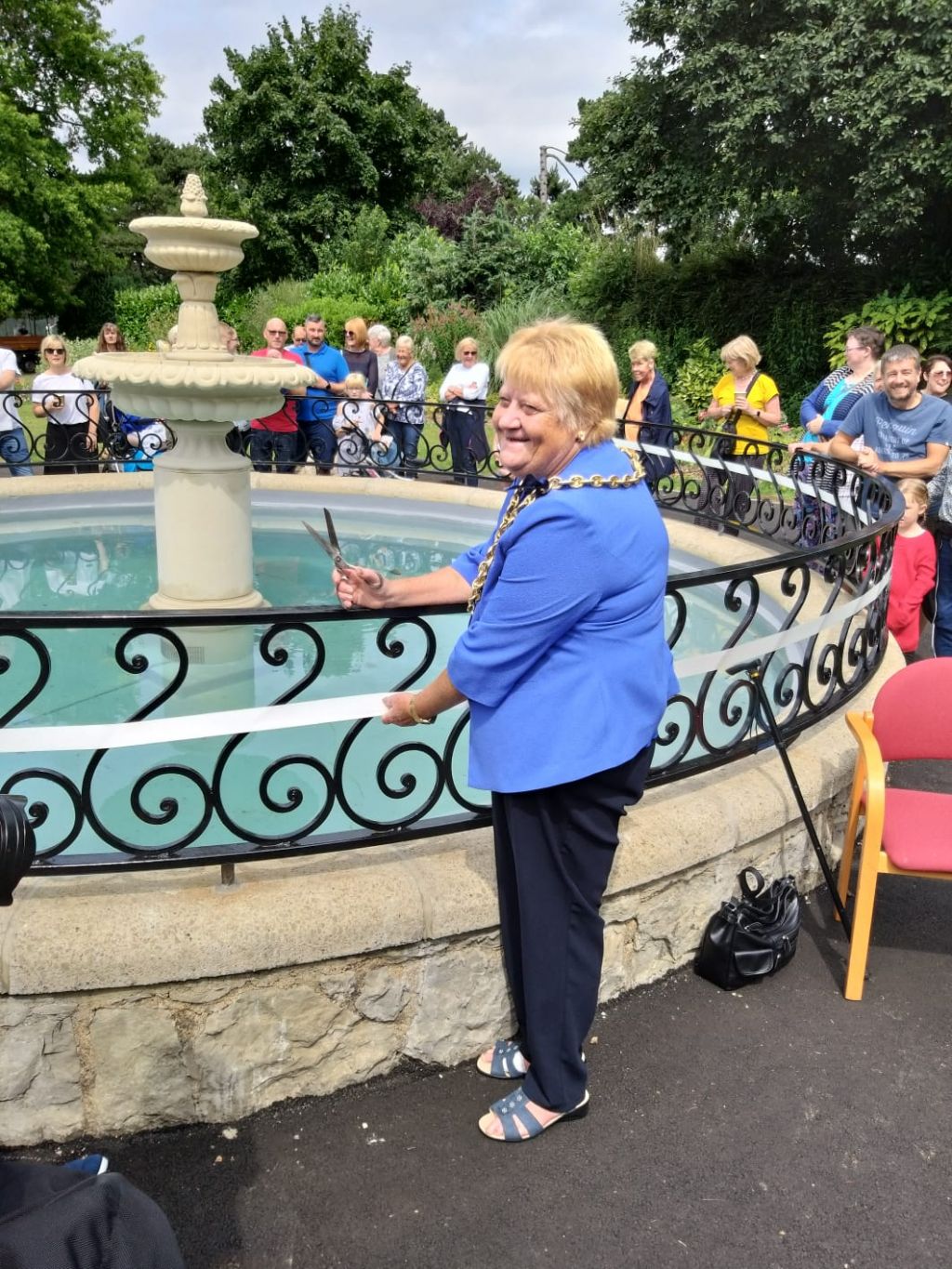 A fountain in South Park, Armstrong Road in Maidstone has been returned to its former glory thanks to the Friends of South Park and Maidstone Borough Council Parks and Open Spaces team.

The fountain, which was originally built in 1930 when the park opened, has been restored over the last three months and on Sunday was switched on by the Mayor of Maidstone Marion Ring.

More than 200 people came along to see the historic monument brought back to life.

The Friends of South Park have raised funds for a new fountain and asked the council if they could fund the restoration of the pool and utilities to get the feature replaced and working.

“The fountain mechanism was removed some years ago and the pool retained as a lily pond. However, more recently with little purpose, the pond had been drained.

“When the Friends of South Park approached us we were only too pleased to help. They found the lovely image of the two ladies sat on the fountain which was probably taken just after the park opened in 1930. We wanted to make sure any works reflected the history of the fountain and have taken the opportunity to also repair and resurface many of the paths in the park.”

A replacement fountain was sourced from Chilstone of Tunbridge Wells; AC Macklin from Chatham were appointed to dig the old pool out, line it and make and install new ornamental railings to go around the pond.

The design of the railings reflects the ornamental iron work on the ornamental arch on the bowling green which came from the old Fremlins Building in the town centre.

The Friends of South Park have been asking local residents if they knew the two ladies in the photo and have found out they were Ena Gibbins (1906 - 1990) and Dorothy Hilda Gibbins (1899 - date not known, but died before Ena), from Loose.