Information
This is our News site and press centre for Maidstone Borough Council.
HomeNews2019JulyMaidstone Parks recognised as some of the UK’s very best green spaces 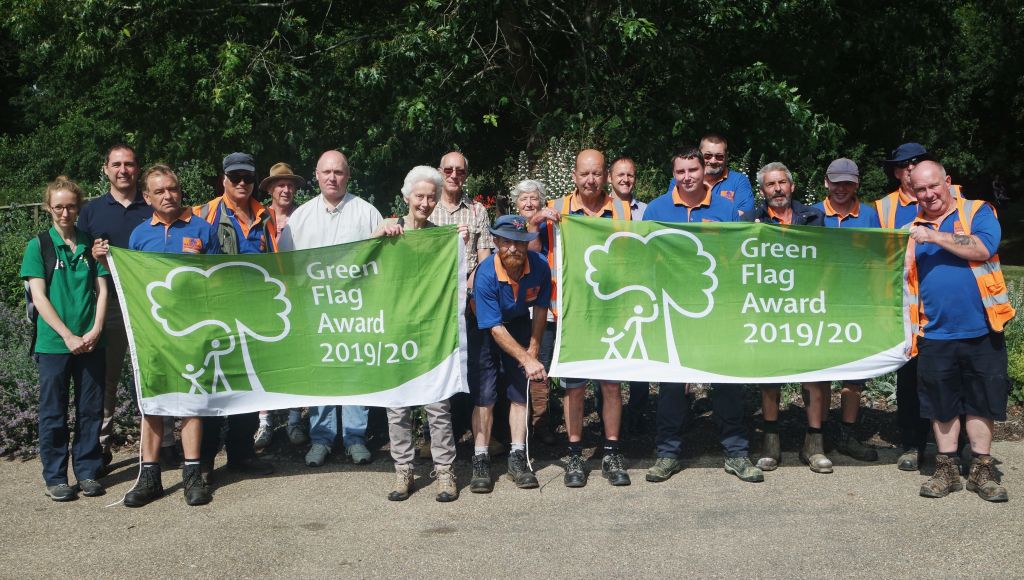 Mote Park, Cobtree Manor Park and Clare Park have joined other green spaces across the country in being recognised by the Green Flag Award Scheme as some of the very best in the world.

The three park areas – all located in and around the County Town of Kent, are among a record-breaking 1,970 UK parks and green spaces and 131 in thirteen other countries around the world, that will today receive a prestigious Green Flag Award – the mark of a quality park or green space.

This international award, now into its third decade, is a sign to the public that the space boasts the highest possible environmental standards, is beautifully maintained and has excellent visitor facilities.

“We are absolutely delighted to receive Green Flag Awards for three parks based in the borough of Maidstone. I would like to take this opportunity to thank all our volunteer groups who help in our parks and have played a huge part in enabling us to achieve Green Flag status- their contribution is invaluable, and we are extremely grateful to them all.

“MBC realises how important quality green spaces are to our residents and visitors, and this award celebrates the dedication that goes into maintaining Mote Park, Cobtree Manor and Clare Park to such high standards.”

The Green Flag Awards Scheme (http://greenflagaward.org/) is run by the environmental charity Keep Britain Tidy, under licence from the Ministry of Housing, Communities and Local Government, in partnership with Keep Scotland Beautiful, Keep Wales Tidy and Keep Northern Ireland Beautiful.

“It’s fantastic that we have more Green Flag Awards in the UK than ever before, joined this year by 131 International winners.”

“Each flag honours the thousands of staff and volunteers who work tirelessly to maintain the high standards demanded by the Green Flag Award. We congratulate each and every winner on their fantastic achievement.”