Information
This is our News site and press centre for Maidstone Borough Council.
HomeNews2019JuneMBC seals deal on land with Maidstone United FC 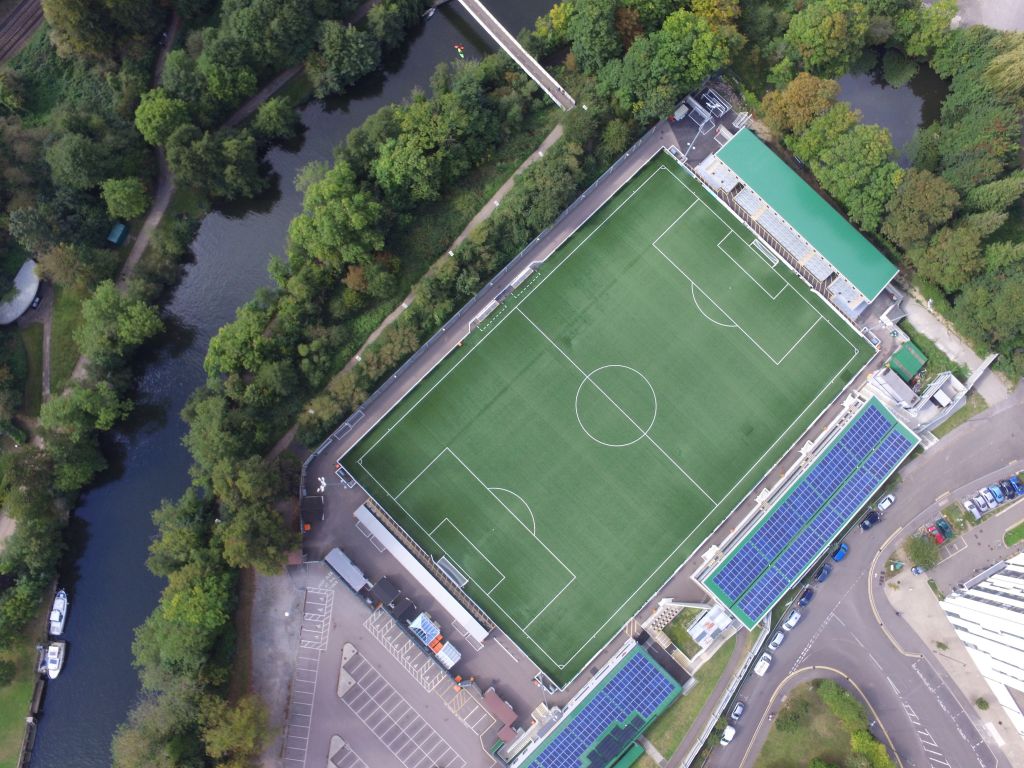 The football season may be over and the results on the pitch may have been disappointing, but there is one good result off the pitch to celebrate.

Following discussions between Maidstone Borough Council (MBC), and Maidstone United Football Club the Council and the Stones have reached an agreement over the sale of a strip of land on the river side of the Gallagher Stadium which paves the way for future development.

The purchase of the strip of land enables the west side of the stadium to be developed with a seated stand for 650 and a spectator pathway for safe access. At a cost of £800,000 the project, together with the subsequent South Stand redevelopment, would cement the club’s long-term future in Maidstone.

We are very pleased that we have been able to reach a mutually acceptable agreement and that Maidstone United can continue to thrive in the town. Not only will this benefit the club’s loyal supporters but the local community too.

By working together constructively we have managed to secure an even better legacy.  I am delighted that MBC is now helping the club progress over the next few years and beyond.

The football club, since its return to the County Town in 2012, has continued to go from strength to strength; attracting more than 3,000 supporters on high profile match days – contributing to Maidstone’s popularity and to the local economy.

This is only a small strip of land but acquiring it is a giant step for the club. It brings us and the town closer together and has improved the understanding the Council has of all the community benefits produced by the club.

The land is essential to open-up the west side for future development. Its purchase will enable an exciting stadium development programme based on a master plan for a stadium with the capacity of 6,000 with 2,000 seats to become a reality from a land point of view. The intention is to launch the development when finance allows and depending on our league requirements.

In addition, MBC will support Maidstone United with its work in the community, through the Stones Community Trust. The Council and the Trust are now working together to bring to life various programmes and events.

The Community Trust projects include help for homeless people, schemes aimed at inspiring school children, coaching and football tournaments for youngsters, ‘Fit 4 Life’ (coaching for disadvantaged children), and support for an award-winning disability football section with 120 members. All this will contribute to the Council’s long-term vision of increasing opportunities for health and wellbeing within the borough.