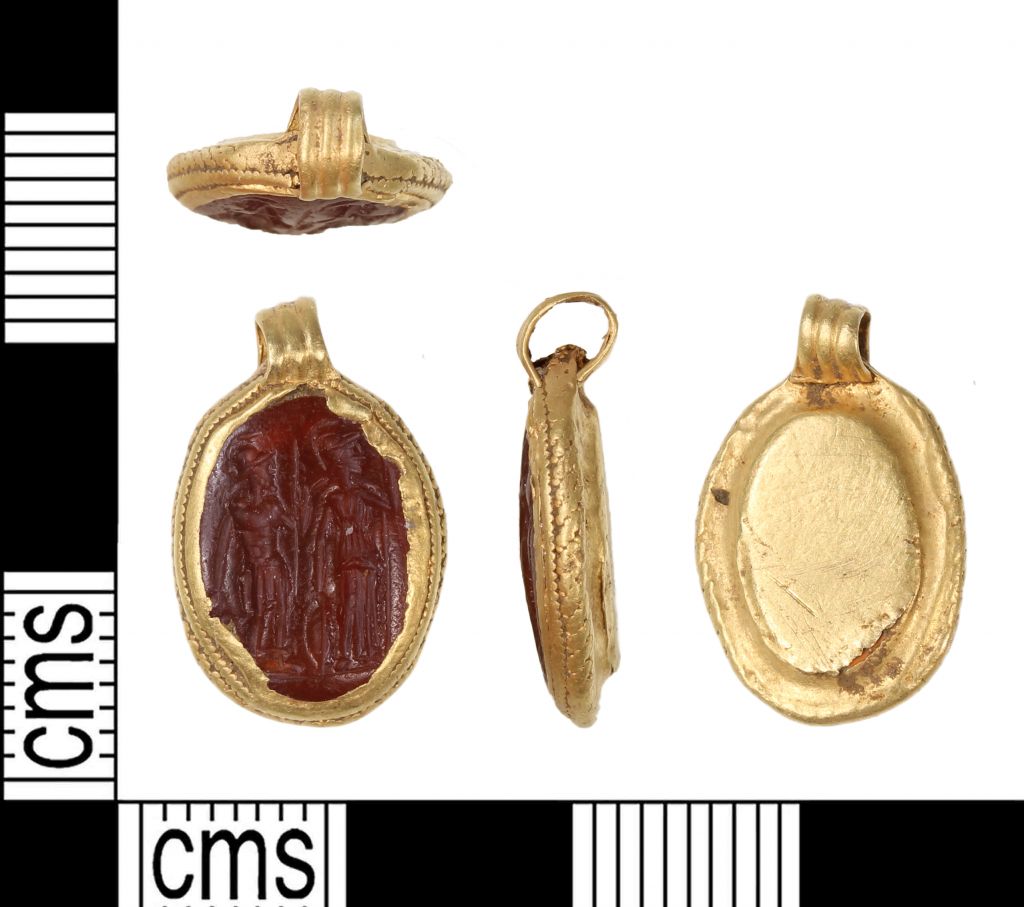 A rare Anglo-Saxon Pendant has been donated to Maidstone Museum after it was discovered by a keen metal detectorist during his first Treasure find.

The pendant - which is inlaid with a Roman intaglio (carved stone seal) as its jewel, will be handed over to the Museum by Owen Baldock – the man who uncovered the Treasure whilst metal detecting in a field in the borough of Maidstone in August 2018.

Mr Baldock and the landowner where the pendant was found, have generously waived their reward and donated it to the Museum.  The Treasure is to be officially presented on Wednesday 26 June.

“This is a generous donation and we are delighted to accept it. The Anglo-Saxon period is a fascinating time and these amazing objects survive for us to appreciate centuries later.”

Further studies of the pendant at the British Museum identified that the figures portrayed on the jewellery were the Goddess Minerva and the God Mars; and that the motif within it is a rare combination for the Roman Period with the pendant itself being made by Anglo-Saxons in the late 6th or 7th century CE.

In due course this will provide exciting new insights into the transition from Roman Britain to Anglo-Saxon England which can be shared with the people of Maidstone.

All finds that may be Treasure, must be reported to a coroner for the district they are found in either within 14 days after the day of the discovery or within 14 days after the day it is realised that it may be Treasure. Local Finds Liaison Officer can assist in determining whether a find might be valuable and assist in contacting the coroner for the area.