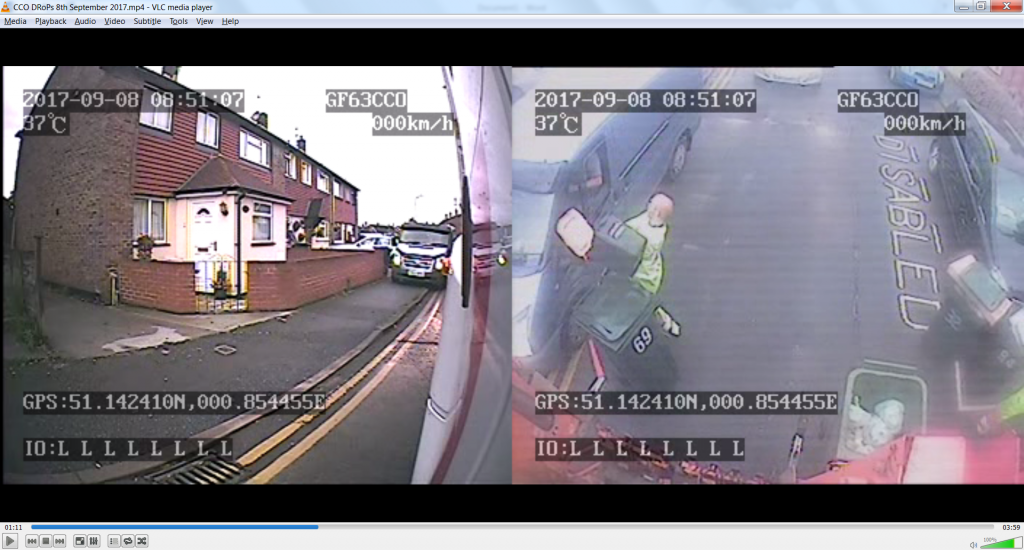 People working in waste management (MBC face an array of health and safety risks - it is the nature of the job they do.

People working in waste management for Maidstone Borough Council (MBC) face an array of health and safety risks - it is the nature of the job they do.  One risk which is not acceptable, however, is encountering other vehicles driving recklessly across pavements in a bid to get around waste collection vehicles.

That’s why MBC, along with 13 other local councils in Kent, is partnering with Kent Police to launch the ‘Driving Recklessly on Pavements’ (DROPs) campaign which aims to raise awareness of the dangers that council collection crews face.

DROPs safety awareness campaign is being used across the county to support a weeklong social media campaign designed to provide an insight into the day-to-day dangers Council collection crews experience by sharing genuine CCTV footage from recycling & waste vehicles.

“Most motorists drive responsibly and considerably, but this campaign aims to educate irresponsible, thoughtless, or impatient drivers into thinking again when driving in a rush, especially once they have seen the risks shown in the CCTV images.  Many dangerous driving incidents go unreported, that’s why this issue is a serious concern, not only for waste collection crews but also for members of the public.”

Most Kent councils are now fitting recycling & waste vehicles with 360-degree cameras to help fight this battle against reckless and dangerous driving.  CCTV footage, along with evidence statements from witnesses, is then sent to Kent Police to take appropriate enforcement action.

“When the 13 Kent councils came to us to highlight this serious issue we were only too happy to get involved.  Rule 145 of the Highway Code states: ‘you must not drive on or over a pavement, footpath or bridleway except to gain lawful access to property, or in the case of an emergency.’  Therefore, it is unacceptable to drive on the pavement to pass a recycling & waste vehicle to save just a few seconds off your journey.  People need to think about the consequences of their actions – if they chose to drive on the pavement they not only risk prosecution but more importantly they put themselves and others at risk of serious injury or worse.”

Top tips for motorists when travelling around recycling & waste vehicles are -

You can follow and comment on the campaign using #stopDROPs on social media from the 18th February until the 24th February 2019.