Information
This is our News site and press centre for Maidstone Borough Council.
HomeNews2019MarchMBC stampeding towards a summer of elephant fun

News MBC stampeding towards a summer of elephant fun 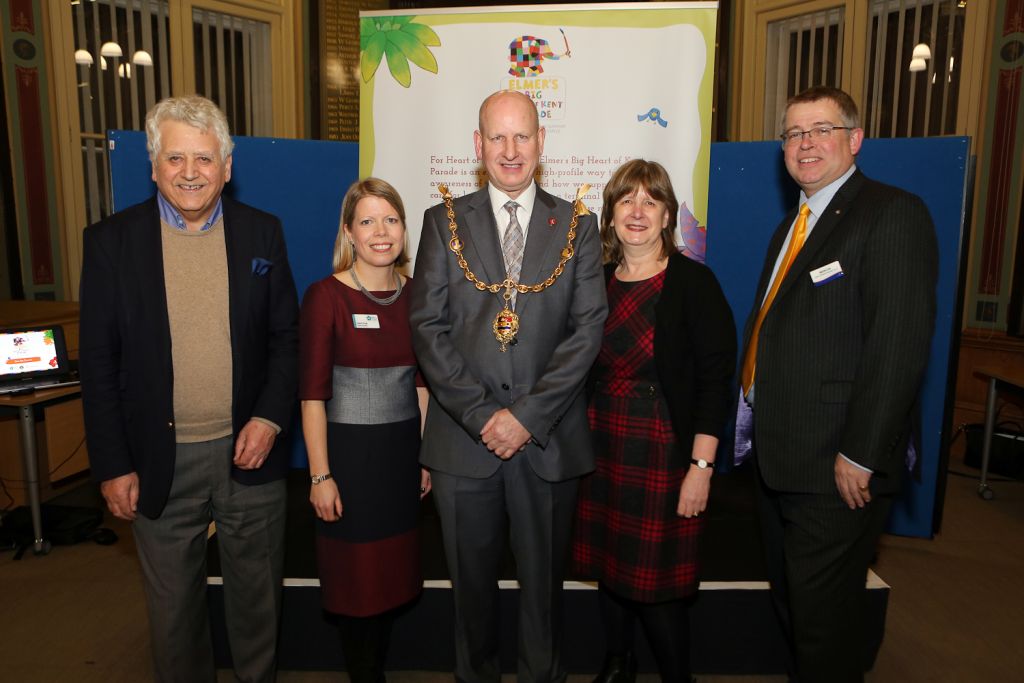 MBC is trumpeting its support for the first public art trail to come to the County Town, in the form of Elmer’s Big Heart of Kent Parade.

Maidstone Borough Council (MBC) is trumpeting its support for the first public art trail to come to the County Town, in the form of Elmer’s Big Heart of Kent Parade.

As the official Heritage Partner, MBC has committed to providing sponsorship for the exciting creative project, which will see over 40 uniquely decorated elephant statues take up prominent positions across the town centre in the summer of 2020.

A collaboration between the charity Heart of Kent Hospice, event producers Wild in Art and publisher Anderson Press, the installation will mark 30 years of the much-loved children’s character Elmer the Elephant. Provided blank, each Elmer will be designed by a different artist, creating a wide variety of styles to be discovered across the town, as well as numerous sponsorship opportunities for local businesses.

The project was launched at a special event held at Maidstone Town Hall on 7 March 2019, which was attended by the Mayor of Maidstone, Cllr David Naghi, Leader of the Council, Cllr Martin Cox, and MBC Chief Executive, Alison Broom.

“This is a great way to get businesses involved in raising money for the Heart of Kent Hospice. Bringing such a large-scale event to Maidstone will be a huge benefit to residents and attract even more visitors over the summer season. Of course, as well as celebrating Elmer, the elephants will also remind us of the days when the town had its own zoo, formerly in Cobtree Manor Park, founded by ten-time Mayor of Maidstone Sir Garrard Tyrwhitt Drake.”

Alison Broom agreed with the Mayor’s sentiments, highlighting the economic benefits of the trail adding:

“As Heritage Partner for Elmer’s Big Heart of Kent Parade, MBC is looking forward to supporting and promoting the trail as a landmark moment for tourism in Maidstone. We’re sure that this attraction will provide a positive boost for the local economy, complementing recent regeneration works throughout the town centre, as well as showcasing our borough as a vibrant centre of art and culture.”

“We’re really excited to bring this high quality, temporary tourist attraction to the community we serve and, who in turn, generously support us.

“Elmer’s Big Heart of Kent Parade will bring together all areas of the community to put Maidstone on the map, showcase the wealth of talent in the area and contribute to the economic, cultural and social life of the town, whilst at the same time raising valuable funds and the profile of the Hospice.”

Elmer’s Big Heart of Kent Parade will take place in Maidstone from June – September 2020. Further information can be found via www.hokh.org/Elmer-maidstone or on the official Twitter page, at www.twitter.com/Elmermaidstone