Information
This is our News site and press centre for Maidstone Borough Council.
HomeNews2019MayMaidstone has a new Mayor

News Maidstone has a new Mayor 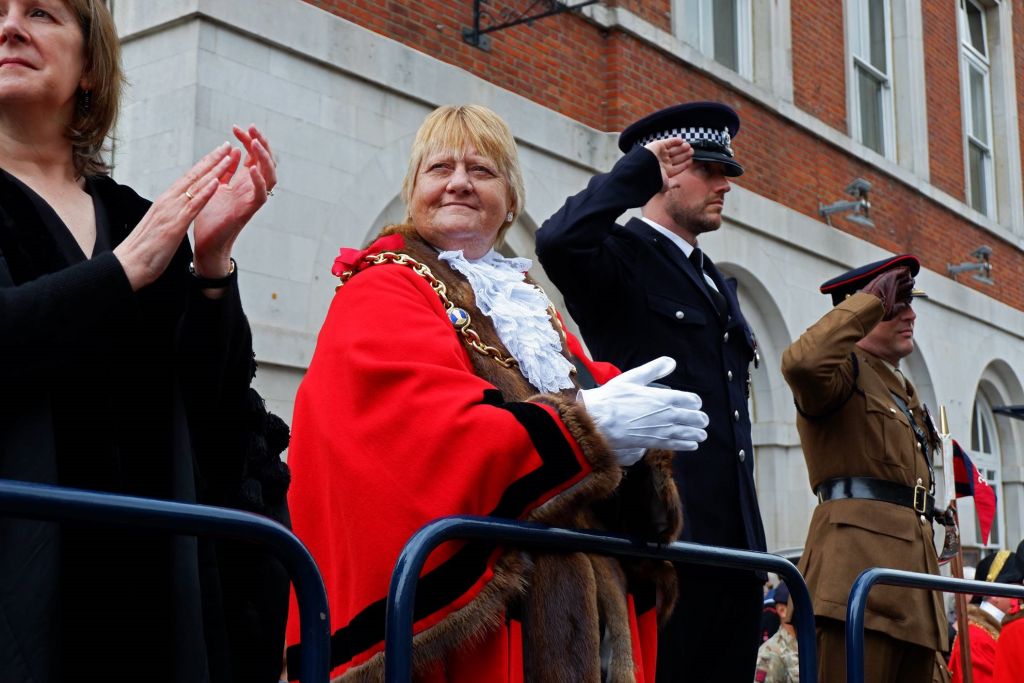 The new Mayor of Maidstone was appointed on Saturday 18th May 2019.

Councillor Marion Ring was elected as the new Mayor of Maidstone on Saturday 18 May, during the Maidstone Borough Council’s Annual General Meeting which was held at the Town Hall.

Cllr Ring previously served as Deputy Mayor from 2018/19.  She was born in Maidstone at the West Kent hospital and has lived in the county town all her life.

After attending local schools, Marion married Richard in 1979. They have two children, Graham and Stacey and two grandchildren who they see frequently.

Marion worked for Kent County Council for over 20 years. She also worked with Kent Police and has a long and distinguished record working within the public sector.

The new Mayor of Maidstone is a passionate and committed person with a huge interest in areas of deprivation, homelessness and giving the best support possible to those who need it most.

Marion was first elected to Maidstone Borough Council in 2003 for Shepway North and has held various cabinet posts as well as being the Chairman of the Communities, Housing and Environment committee for two years.

Residents were invited to join Cllr Ring for her Mayoral Procession in the town centre on Saturday which took place after the annual Mayor Making ceremony.

Cllr Marion Ring and Mr Richard Ring led the Civic and Freedom Parade in a horse drawn landau carriage, supplied by Acorn Carriage Hire. The parade included members of the 36 Engineer Regiment and The Queen’s Gurkha Engineers. It was led by the Parachute Regimental Band, who marched through the town to All Saints Church where a Civic Service was held.