Information
This is our News site and press centre for Maidstone Borough Council.
HomeNews2019NovemberMayor of Maidstone helps raise the flag for Royal British Legion 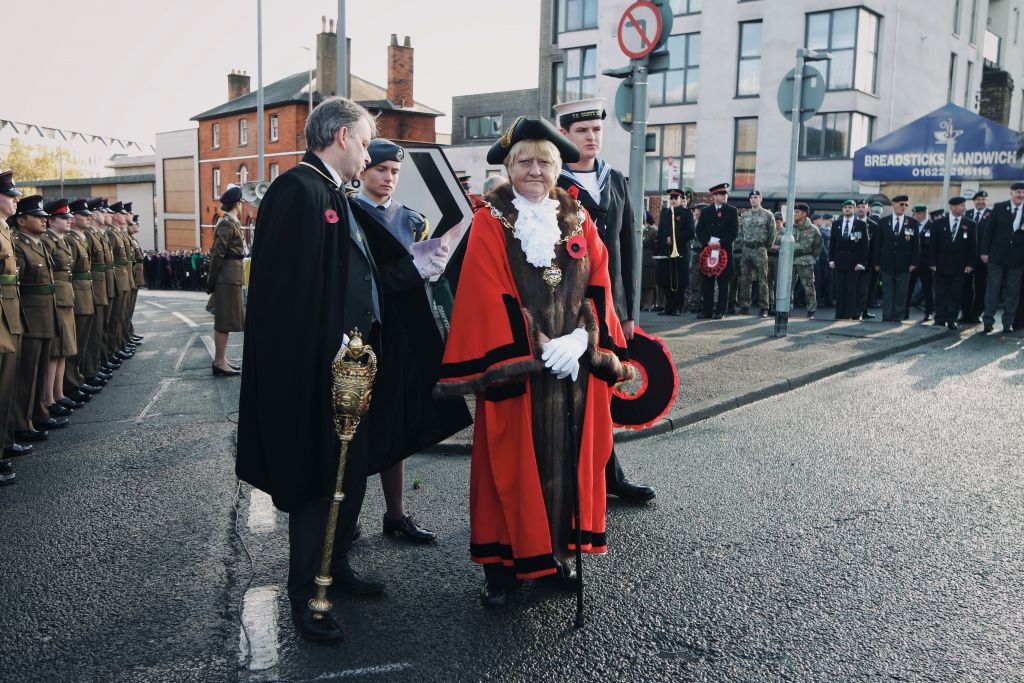 The Mayor of Maidstone, Cllr Marion Ring has stepped-in to help raise funds for the local branch of the Royal British Legion to enable them to buy a new Standard Flag.

Cllr Ring called on fellow Maidstone Borough Councillors asking them to assist in donating towards the purchase of the flag through their Community Grants.

As a result, six Councillors raised the £1,200 – the cost of a new Standard Flag, which will be used at various parades and ceremonies that the Maidstone RBL will attend in the county town.

Thanking her colleagues who contributed, The Mayor said:

“I am so grateful to my fellow Councillors who helped me achieve this.  It is great to know that when we pull together we can help others and this is a great example of that.

“The Royal British Legion is such an important group in our community, supporting ex-serving personel all year round, and the very least we could do is help them buy a flag.”

Royal British Legion is the country’s largest Armed Forces charity, with 235,000 members, 110,000 volunteers and a network of partners and charities.

“We are so grateful to the Mayor of Maidstone and her fellow Councillors who have helped us by donating the funds so that we can replace our current Standard which has become very frayed over the years of use. It will play such an important part in representing the Maidstone RBL in our forthcoming centenary year.”

The MBC Councillors who used their Community Grant to contribute to the purchase of the flag were: