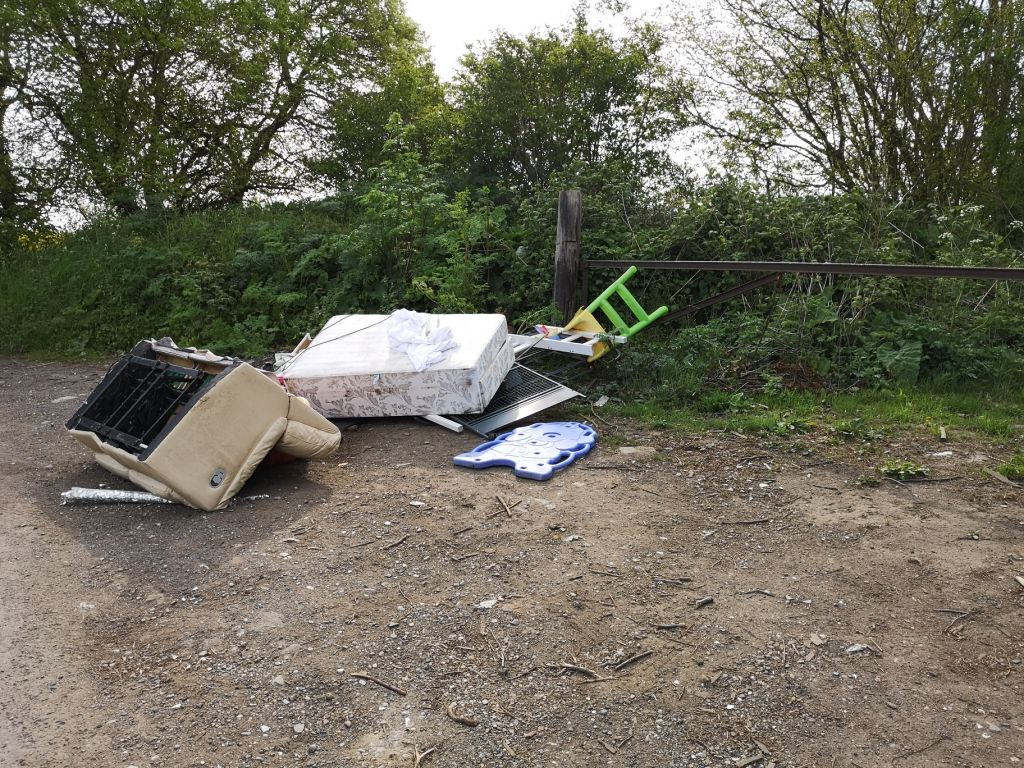 The fly tipping took place during the early hours of 7 May 2019 in a known fly tipping hotspot on Burberry Lane, Leeds, Maidstone. The fly tipping offence was caught on one of the Waste Crime Team’s covert CCTV cameras.

An interview under caution then took place the following day and the evidence put to the offender, a legal file was later passed onto Maidstone Borough Council’s legal team for prosecution.

On the 6 September Mr Crowley pleaded guilty to the offence of fly tipping at Maidstone Magistrates court where he received a total of £795, made up of; £400 fine, £205 costs, £150 clean up compensation and £40 victim surcharge.

“We take a zero tolerance approach to fly tipping in the borough and will prosecute anyone found to be dumping waste illegally, using covert CCTV if necessary. Fly tipping is a serious crime and is expensive for the council to clear away. If you’ve witnessed a fly tip take place report it online via www.maidstone.gov.uk, click through the report it button, and the Waste Crime team will investigate.”