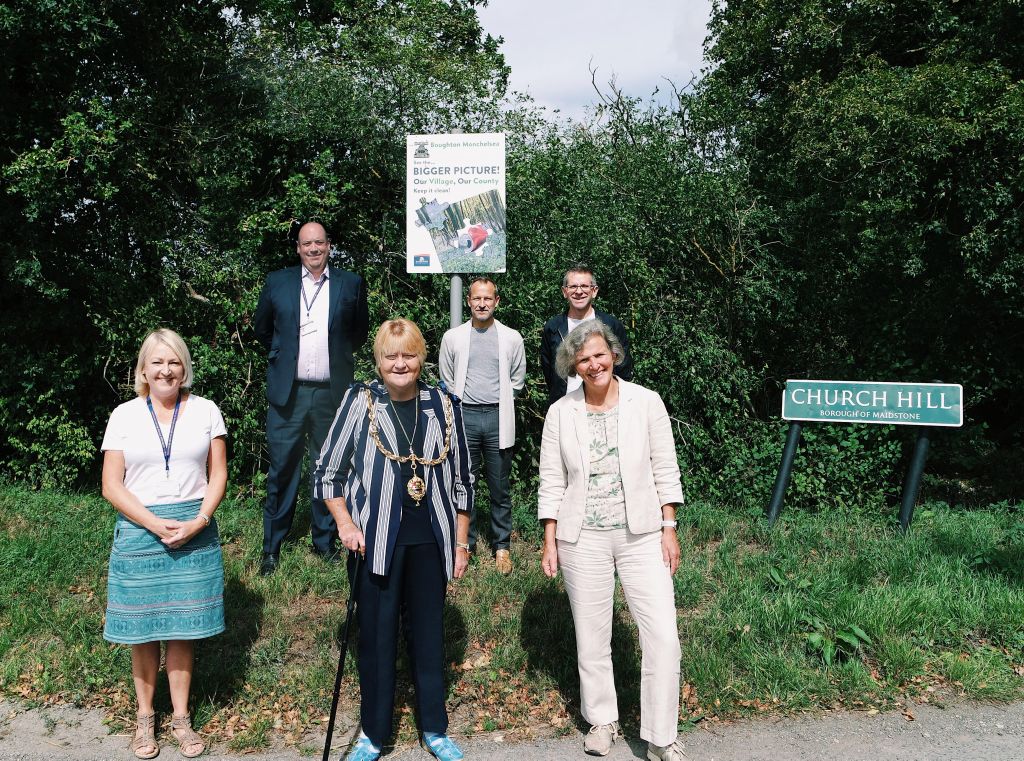 Boughton Monchelsea has installed new signs to remind visitors and residents to ‘See the bigger picture’ before they drop litter.

Boughton Monchelsea Parish Council and volunteer litter picker teams, have joined forces with Maidstone Borough Council (MBC), and put up 20 new signs asking people to think about their community and the wider County of Kent, when they drop their litter.

“Too many passers-by throw litter from their cars into the grass verges, hedges or just at the side of the roads and pavements which has become a scourge for our village. However, they are not only spoiling the neighbourhood of others, but their own county as they do so and we are asking them to consider the beauty of the countryside and many creatures who live there before they ruin it.”

Placed at stategic points around the village the seven different designs reflect the beauty of local environments like the bluebell woods, fields of yellow rapeseed and wildflowers, along with recognisable parts of the village such as St Peter’s Church built around 1100, the parkland at Boughton Monchelsea Place, which is home to over 100 fallow deer and the local primary school. Some of the images were provided by Leon Date a local resident.

Unveilling the signs designed by MBC was the Mayor of Maidstone, Cllr Marion Ring who added:

“It is such a shame that people just don’t think about the mess they make when they drop litter. We live in such a beautiful part of the country with Kent being the Garden of England.  I am really pleased to see Boughton Monchelsea leading the way with their campaign and really hope that these signs remind people to take more care of where they live.”

If the scheme is successful the Council is planning to offer more litter signage to local parishes across the borough of Maidstone. Parishes can promote their own features and beauty spots, whilst requesting onlookers value the place in which they live, beyond the village to their wider community.