Information
This is our News site and press centre for Maidstone Borough Council.
HomeNews2020JulyDinosaur on the A20

News Dinosaur on the A20 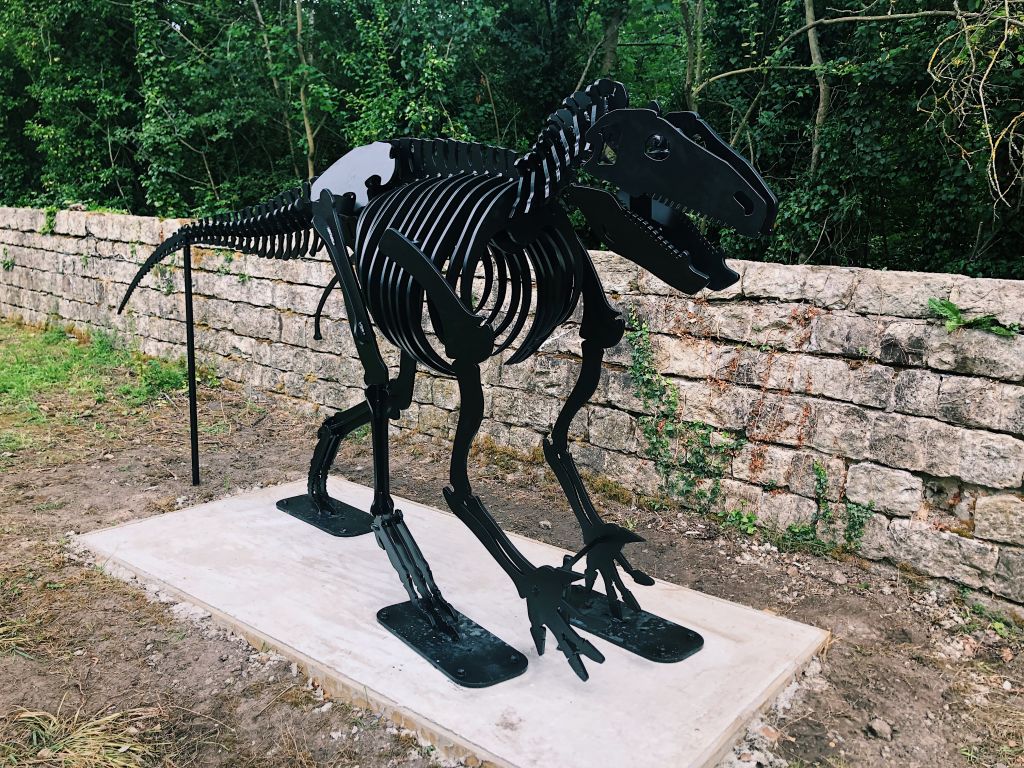 ‘Spike’ the Iguanodon dinosaur has been installed by Maidstone Borough Council on the grass verge at the junction of the A20 and New Cut Road at Bearsted, as part of works to improve one of the main entry routes into Maidstone.

The metal skeleton statue is a tribute to the discovery of the dinosaur, whose fossilised skeleton was unearthed in 1834 in the Queens’ Road area of Maidstone. One of the most significant dinosaur discoveries of the Victorian period. Not only one of Maidstone’s most famous residents, the bones enabled palaeontologists to figure out the anatomy of the mighty Iguanadon.

The dinosaur, tree sculptures, a new bus shelter, flowerbeds and new signage are all part of a series of works to improve this area of the A20, a key area for people travelling in and out of the town centre.

“These improvements have been planned since last year and have not been affected by Covid 19. They are part of a series of works to enhance this key entry point into Maidstone. There are also plans for bicycle silhouettes, a bug hotel, educational boards as well as a cast-iron Mote Park entrance archway, which should be completed by September.

“The original and eye catching works of art will help to promote the history of the County Town of Kent as well as the huge importance Maidstone’s farming heritage plays in the borough and illustrates how we are supporting biodiversity through the Council’s Go Green Go Wild scheme.”