Information
This is our News site and press centre for Maidstone Borough Council.
HomeNews2020NovemberMaidstone Remembers 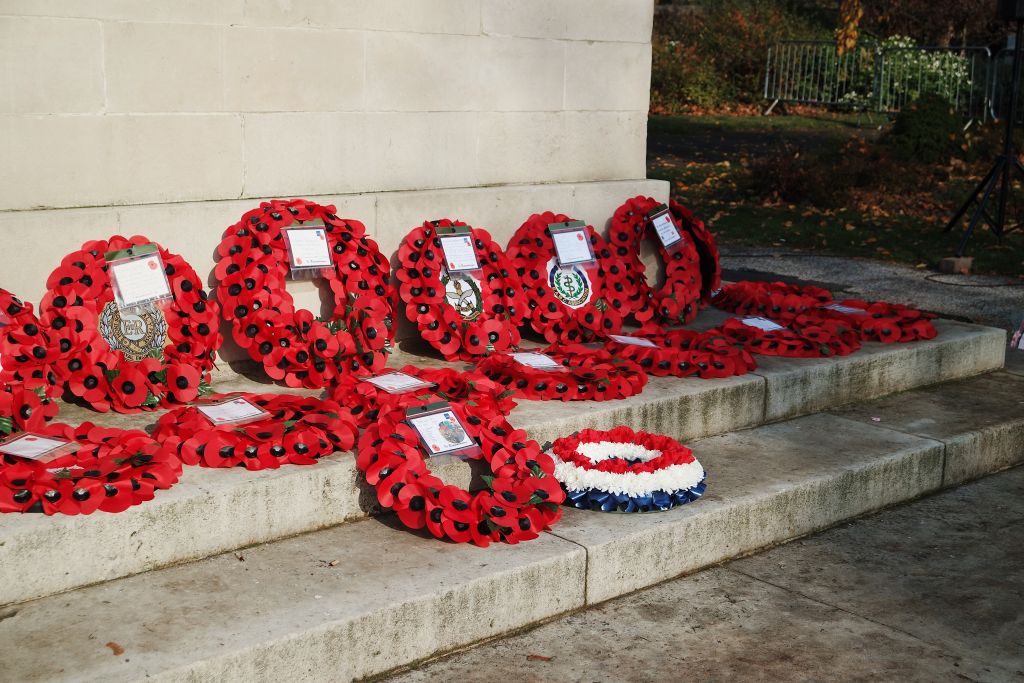 Maidstone Borough Council held a closed Remembrance Sunday Service this morning at the Cenotaph in the town’s Brenchley Gardens.

Downing Street confirmed that remembrance services and events could be held, as long as there were strict social distancing measures in place.

In line with government restrictions and guidelines, a small but respectful service took place and included the Mayor of Maidstone, Cllr Marion Ring, representatives of 36 Engineer Regiment, a bugler, and Padre Andrew Harding who led the service.

“It is sad that we are unable to hold the Remembrance Service as we would usually have done this year, but it is so important that we as a country can continue to remember the sacrifice of those who have died in the service of their country.  Today’s service may have been small, but it is equally as important as it has been in the past and will be in the future."

MBC asked people to stay at home and instead to come out onto their doorsteps for the two minute silence at 11am to show their respect.  Contingents of Maidstone were also invited to lay a wreath at the War Memorial in the Broadway prior to Remembrance Sunday.