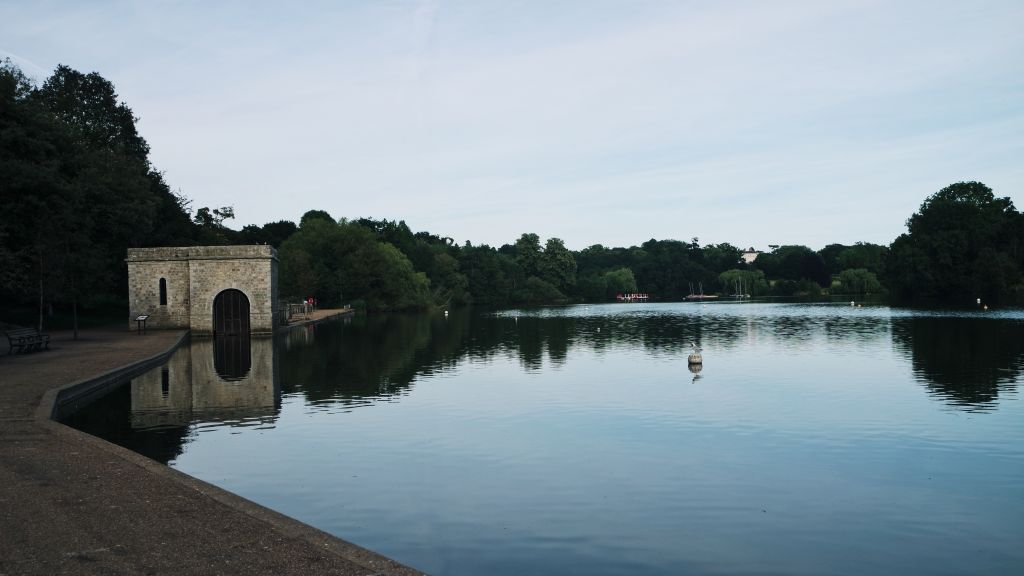 The first of 300 new trees are being planted to replace those removed as part of the works Maidstone Borough Council is undertaking to repair the historic sluice gates, boat house, spillway, dam and area around Mote Park Lake.

The sluice gates and boathouse were built around the 1830’s when the River Len was dammed to form the lake and are now in need of refurbishment.

The essential work, which began in December, will stop the lake from flooding by refurbishing the sluice gates, increasing the capacity of the overspill of the lake, constructing a ‘wave wall’ and a short section of embankment.  These works will improve the capacity to control the transfer of water flowing across the dam and ensure the dam does not fail during extreme flood events.

If the dam were to fail, the water could swell rapidly over 40 acres of land, which would see Turkey Mill, Mote Park and surrounding areas under water. With estimated depths of 12 feet this would endanger lives and damage homes and businesses.

“If water flooded over the dam and eroded the bank behind, we have been informed that within a few minutes there could be a two-foot deep wave of water pouring through Maidstone heading for the River Medway. There is a threat to life, a threat to property and a threat to business. It is very sad we have to take out any trees, but once we became aware of the risks we had to act.”

“The works Maidstone Borough Council is carrying out at Mote Park Lake are a legal requirement in the interest of safety under the Reservoirs Act 1975. Our reservoirs across England have an excellent safety record, with the last fatal failure being nearly 100 years ago. The Environment Agency regulates dams across England, but responsibility for ensuring the safety of reservoirs lies with their operators. Our job, as regulator, is to make sure they comply with the legal safety requirements.”

“We have 54,000 trees in the park, so in that context 300 is a small fraction of these. Almost all of the trees that have been removed were not originally planted in the park but self-seeded, they consisted mainly of Elder, Hawthorn, scrubby Sycamore and Robinia, along with self-seeded non-native invasive Turkey Oak.

“Seven ancient and veteran trees in the vicinity of the dam are being saved along with the larger trees close to the lake. All of the trees removed were on the dam structure and were undermining it, making access impossible.

“None of the felled wood will be leaving the park. We shall chip some for use on the planting beds or paths. Larger trunks will be made into benches and for the rest we are planning a series of animal shelters.

“The trees needed to be felled before the bird–breeding season and before any bats woke and began moving around. Each tree was checked first by an ecologist who was on site throughout the tree felling.

“We are replanting every tree removed and the resulting canopy cover will be five times the size of the current tree coverage.”

The first of the new trees was planted on Thursday 30 January by Martin Cox, which was a Dutch Elm disease resistant Elm. It is the first elm to be planted in the park since the elms where devastated in the 70s by the disease.

The repairs to the dam will be taking place between May and November 2020.