Information
This is our News site and press centre for Maidstone Borough Council.
HomeNews2020FebruaryTribute to Cllr Mrs Wendy Hinder 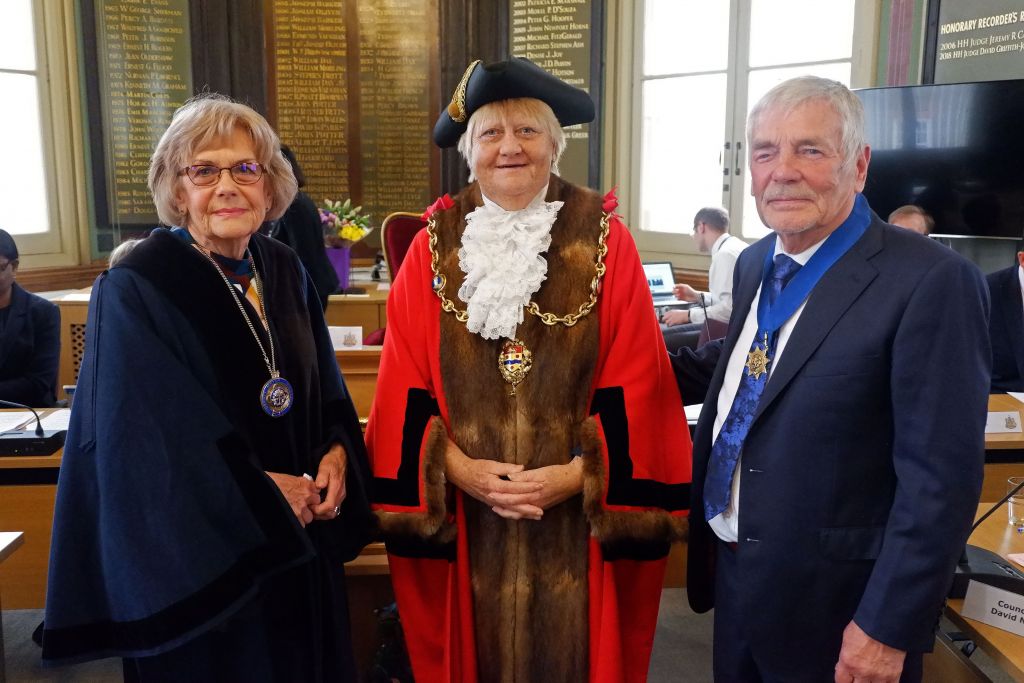 The Mayor of Maidstone, Cllr Marion Ring, would like to express her deep sadness on behalf of Maidstone Borough Council at the extremely sad news that our friend and fellow colleague Cllr Mrs Wendy Hinder has passed away after a short illness, and is extending deepest sympathy, thoughts and prayers to her family.

Cllr Ring has said that she regarded Wendy as a dear friend who was dedicated to the community and will be greatly missed.

Wendy first became a Boxley Parish Councillor in 2000 then, after deciding that she wanted to do more for her Ward, became an elected Member of Maidstone Borough Council in 2004, before becoming Deputy Mayor in 2019.  She leaves behind her husband Cllr Bob Hinder, two sons Andrew and Mark along with her grandchildren.

Councillor Mrs Wendy Hinder was one of our most experienced and dedicated Councillors. She has not only faithfully represented her Ward of Boxley both as a Parish and Borough Councillor; but, she has also  made a major contribution to the borough through her work as Deputy Mayor and on the Licensing Committee where she has acted as both Chair and Vice-Chair of this very important statutory committee. Wendy was happily married to Bob for 58 years who will be lost without her. She was a very gentle, kind soul and all of us could learn so much from her. We shall all miss Wendy very much and our thoughts are with Bob and his family at this sad time.

Cllr Martin Cox, Leader of the Council and Liberal Democrat Group has expressed his sadness adding:

This is such devastating news for Bob, his family, friends and Maidstone Borough Council.  I would like to pass on my condolences to the family and Conservative Group who Wendy made such a huge contribution for so many years.  We will only begin to realise how much she will be truly missed as we talk to all those people whose life she helped and made a difference to. Our thoughts and prayers are with the family at this sad time.

It was incredibly sad to hear the news of Wendy’s passing.  She was a very kind and lovely lady who will be greatly missed.  Our thoughts and condolences are with Bob and all of the family.

Wendy was such a sweet and wonderful lady who I was extremely fond of.  I am absolutely devastated by the news and my heart goes out to such a close family and can’t imagine the loss they must be feeling.

I was so sorry to hear the tragic news about Wendy who was someone who was extremely helpful and totally dedicated to supporting everybody in the community and I know she will be greatly missed.  You truly couldn’t wish to meet a nicer couple who always made me feel so welcome – my heart-felt condolences go to Bob and all the family.

Bob and his family would like to express their gratitude to all the staff of Maidstone Hospital for the wonderful loving care given to Wendy during her short stay there. The attention to detail was incredible. She passed through four departments where staff went far beyond what one expects. They performed their work but also showed incredible kindness, compassion and an attitude of really caring for Wendy. From porters, nurses, clerical staff to cleaners she was so respected with fantastic care, compassion and real love that the family wishes it to be brought to the attention of the public what a wonderful NHS facility exists to care for the people of Maidstone and beyond.

The family has asked for privacy and respect to allow them to grieve at this very sad and difficult time. Details regarding the funeral will be issued in due course.