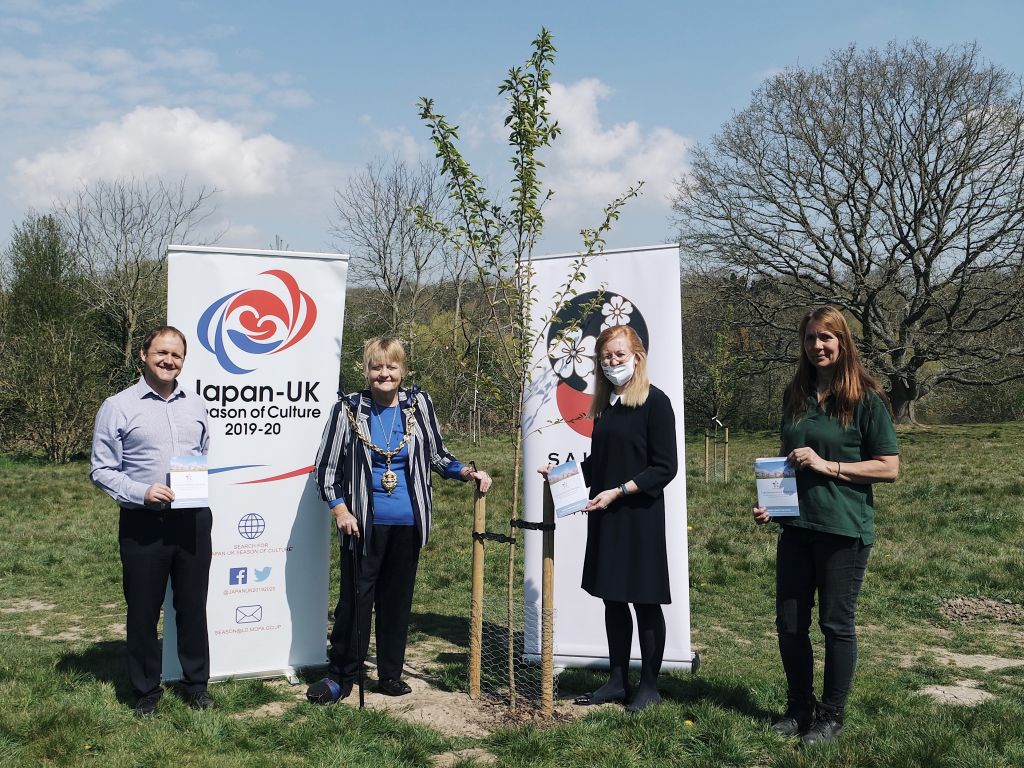 Mote Park Maidstone has received ten trees which were planted as part of the over 6,000 Japanese cherry trees – or Sakura in Japanese, which have been given to the UK and planted across the country in parks, gardens and schools to celebrate Japan’s relationship with the UK.

The trees were donated by the Sakura Cherry Tree Project and the Mayor of Maidstone, Marion Ring was joined by Lady Victoria Borwick patron of the project, to plant the cherry trees in the County Town’s park. The event was part of the celebrations of the Japan-UK Season of Culture 2019-21 project which aims to showcase Japan’s multifaceted attractions in the UK. The Season provides the opportunity to learn more about Japan, its culture and people through hundreds of events ranging from arts, sports, cuisine and performance.

“We are delighted that Maidstone has been chosen to take part in this fabulous project and these trees will be a permanent reminder of this project.

“Thank you to the Sakura Cherry Tree Project for the beautiful trees it will be lovely to be able to visit the park in the future and enjoy the trees in blossom next spring and beyond.”

As part of the project the Sakura Cherry Trees will be distributed to over 200 sites in all four countries of the UK from St Ives to Aberdeen to Londonderry, Cardiff and several of London’s biggest parks. The project was formally launched with a planting ceremony at The Regent’s Park attended by HRH The Duke of Gloucester, the then Japanese Ambassador Yasumasa Nagamine, Joint Chairman of the Sakura Cherry Tree Project Keisaku Sandy Sano and local schoolchildren in 2019.

All of the varieties of cherry trees to be planted as part of this project are of Japanese origin. The vast majority will be of three varieties, ‘Beni-yutaka’, ‘Taihaku’, and ‘Somei-yoshino’, which have been chosen for their variation in colour, timing, and historical significance. For example, ‘Taihaku’ is a large, single white blossom variety, which became extinct in Japan but was reintroduced to its homeland by Britain’s Collingwood 'Cherry' Ingram in 1932.

“The response we have had from all across the UK, from Guernsey in the south to the Orkneys in the north, from parks and schools across the UK has been amazing.  It is testament to the strong relationship between the two countries, and we hope the trees will be a lasting tribute to that.”