Information
This is our News site and press centre for Maidstone Borough Council.
HomeNews2021AprilMandatory injunction in place to stop harm to AONB

News Mandatory injunction in place to stop harm to AONB 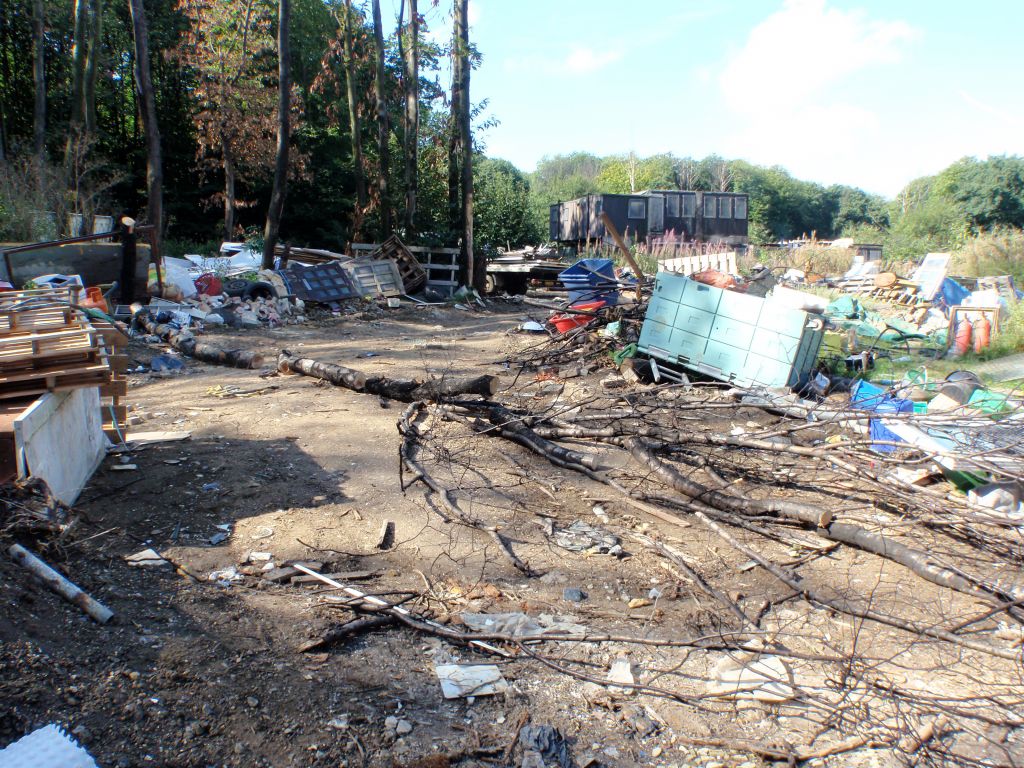 Continuing its fight against harm to an area of outstanding natural beauty, Maidstone Borough Council (MBC) has taken further action and obtained a Full Injunction in both prohibitory and mandatory terms against a landowner in Boxley.

Mr Langley Beck of Bell Lane, Boxley previously ignored requirements of an Enforcement Notice to stop living on the land and the unlawful disposal of waste/ car parts etc and to restore the land. MBC began legal proceedings to prevent further serious harm to the site that is located within an AONB, a designated Ancient Woodland and covered by a Tree Preservation Order.  The Council initially obtained a High Court Interim Injunction earlier this year and has now secured a Full Injunction.

The Bell Lane site stretches across a significant area of over 36 acres which has been blighted by the landowner after being littered with commercial and industrial waste for many years leaving the area contaminated as a result of illegal dumping and burning.

As a result of a long successful legal campaign by MBC – assisted by Ivy Legal, the Full Injunction was signed on 1April with papers being served on Mr Beck in order to protect the area.  The prohibitory part of the legal notice now means that all activities and living on the land must stop with immediate effect, with the mandatory element requiring everything having to be removed from the site within six months. A breach of the High Court Injunction is prosecutable through committal proceedings in the High Court.

“Maidstone Borough Council has taken this action as it was clear that the unlawful site was expanding and there was a continued threat of further harm to the area.

“The Council has tried to resolve the situation with the landowner over many years, but he has chosen to ignore the Enforcement Notice and Deputy Judge of the High Court Clare Ambrose made the decision that the harm to the site could not continue any longer. With the help of Ivy Legal we are pleased that we have managed to secure the Full Injunction.

“This outcome hopefully sends a clear message that this type of illegal dumping of waste will not be tolerated and is a great example of how when needed, MBC works with its partner agencies to take the strongest possible action against people who repeatedly flout the law.”

Officers from MBC’s Planning Enforcement, Community Protection and Waste Crime Teams, the Environment Agency, Kent Fire and Rescue Service and Kent Police visited the site on several occasions which culminated in a decision being taken by the Council to seek the initial Interim Injunction to seek compliance with the terms of the Enforcement Notice and to take further action with the Full Injunction.

The Enforcement Notice required that the land should not be used for residential purposes, stationing of caravans, the storage of motor vehicle/vehicle parts, storage of building materials and waste, highways equipment and domestic items and should be removed from the land. However, the landowner continued to carry on and significantly expanded the unlawful site.

MBC made the decision to take the legal action to prevent further serious harm to the designated landscape with the outcomes taking into account the Council’s Strategic Plan, Local Enforcement Plan and Local Plan 2017 which aims to protect, and where possible enhance the green spaces in the borough, conserve and enhance the Area of Outstanding Natural Beauty and protect irreplaceable habit such as Ancient Woodlands.