Information
This is our News site and press centre for Maidstone Borough Council.
HomeNews2021AugustSomething big has arrived in Maidstone

News Something big has arrived in Maidstone 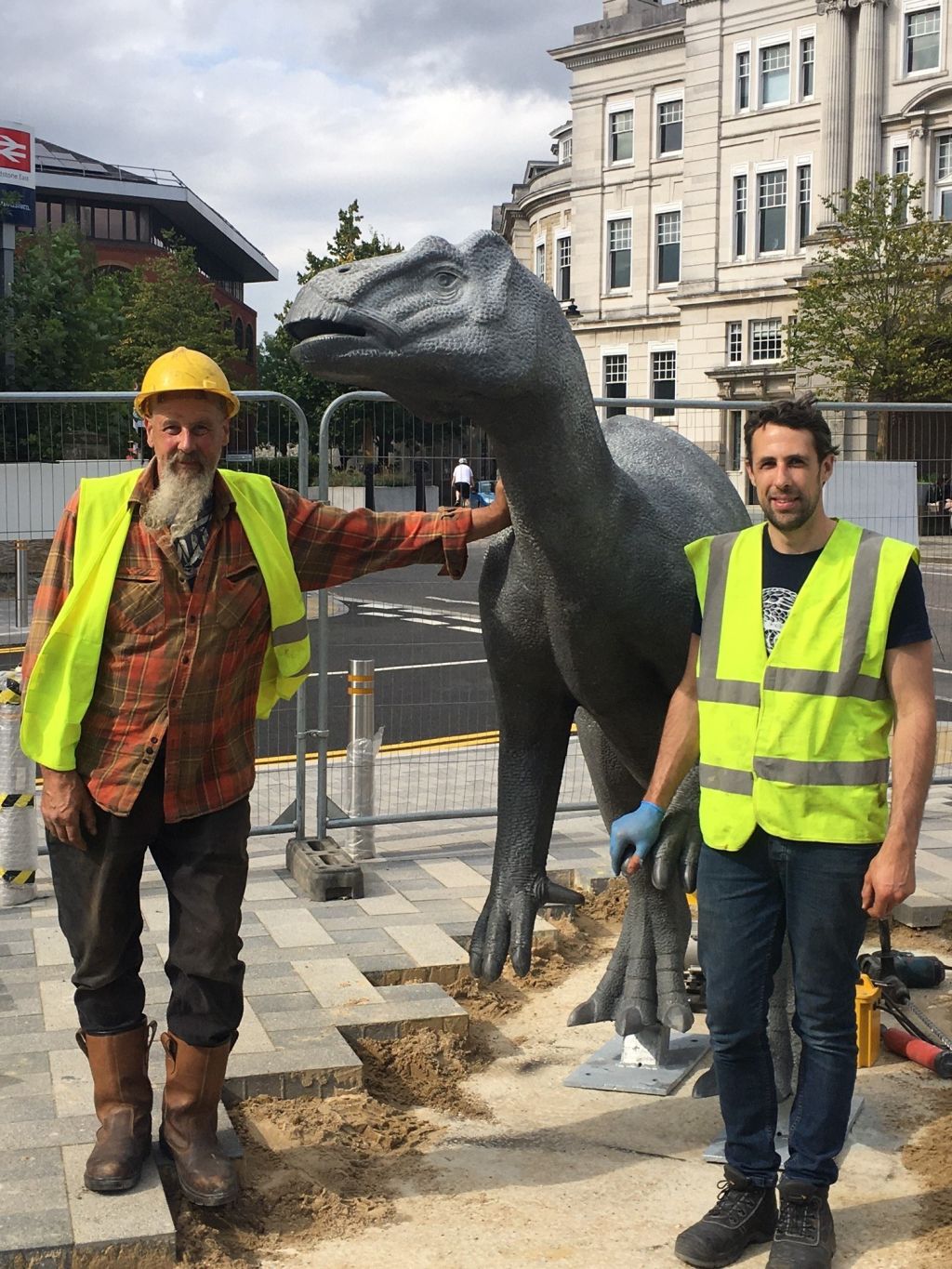 A huge metalwork dinosaur sculpture has arrived to greet people to the County Town as they arrive by train at the new Maidstone East station entrance.

Commissioned by Maidstone Borough Council (MBC), the stunning piece of art celebrates the world’s first bird hip dinosaur, an iguanodon, which was found in Queens Road in 1834.

The new sculpture, which measures approximately 3.5m long by 2m high, was installed this week in front of the new railway station entrance and will be one of the first things visitors see as they arrive or leave Maidstone complementing the £2.5m regeneration project to revive the station.

Chair of the MBC Economic, Regeneration and Leisure Committee – Cllr Martin Round said:

“This incredible piece of artwork will give a real focal point to the new railway station area. We chose the sculpture of the dinosaur as it is so relevant to Maidstone.

“It is fantastic to see Maidstone celebrating its status as the County Town of Kent with so many amazing new things coming here including this new railway station.”

In 1834 during the excavation of a quarry in the Queen’s Road area of Maidstone, a fossil bone was uncovered which appeared to be from an animal of tremendous size. After further investigation it was found that this bone was one piece of a partial skeleton of an Iguanodon. More information can be found on the Maidstone Museum website: https://museum.maidstone.gov.uk/maidstones-iguanodon/

The artists who created the dinosaur sculpture are father and son Gary and Thomas Thrussell who were chosen in a competitive tendering process and have family connections with the Maidstone area.

“We are delighted with the look and size of the dinosaur which you simply cannot miss when you get off the train at Maidstone East.  MBC wanted to create a talking point and something eye catching. This sculpture is just what we were hoping for.”

The metal dinosaur sculpture cost £40,000 to be designed and produced which was funded through S106 developer contributions.