Information
This is our News site and press centre for Maidstone Borough Council.
HomeNews2021FebruaryMBC takes legal action to protect AONB 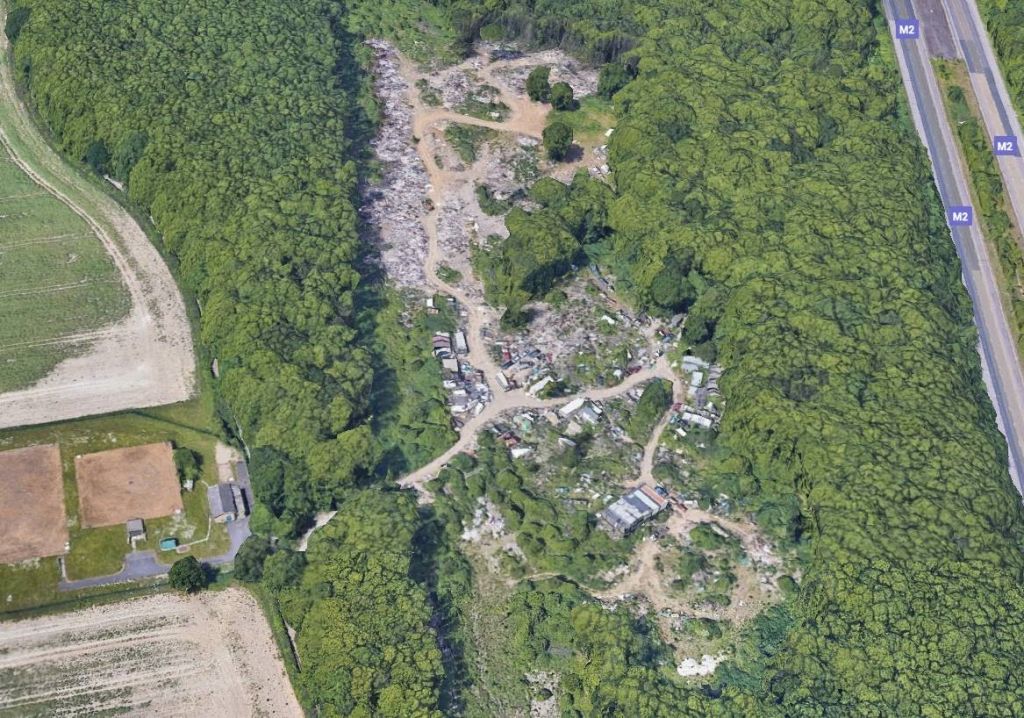 Maidstone Borough Council (MBC) has taken action to prevent further serious harm to a site that is located within an Area of Outstanding National Beauty, a designated Ancient Woodland and covered by Tree Preservation Order.

MBC decided to take legal action against the landowner Mr Beck of Bell Lane, Boxley after he had ignored requirements of an Enforcement Notice to stop unlawful waste disposal and restore the land.

The Council has been successful in obtaining a High Court Interim Injunction on the landowner and any others’ who breach the terms of the Order.

The Enforcement Notice required that the land should not be used for residential purposes, stationing of caravans, the storage of motor vehicle/vehicle parts, storage of building materials and waste, highways equipment and domestic items and should be removed from the land. However, the landowner continued to carry on and significantly expanded the unlawful site.

The Interim Injunction obtained on the 21 January applies to the owner of the site based on Bell Lane - Mr Beck, a further resident as well as “persons unknown” after several joint visits made it clear to the Multi-Agency group led by MBC, that he had continued to ignore previous requirements of the Enforcement Notice.  Officers from the Maidstone Borough Council’s Planning Enforcement, Community Protection and Waste Crime Teams, the Environment Agency, Kent Fire and Rescue Service and Kent Police visited the site on several occasions which culminated in a decision being taken by the Council to seek the Interim Injunction and to eventually seek compliance with the terms of the Enforcement Notice.

“I am delighted to hear that the Interim Injunction has been successful by the Council.  It has been a long time coming and is progress in the right direction.

“It is clear that unlawful and potentially criminal activities have been occurring on the site on a regular basis with the site having been significantly expanded in recent years and it appears the site has become a focus for illegal waste dumping and burning. It is a highly protected site and the residents of Boxley will be relieved to know that steps have been taken to get it stopped.”

MBC took the action to prevent further serious harm to the designated landscape with the outcomes taking into account the Council’s Strategic Plan, Local Enforcement Plan and Local Plan 2017 which aims to protect, and where possible enhance the green spaces in the borough, conserve and enhance the Area of Outstanding Natural Beauty and protect irreplaceable habit such as Ancient Woodlands.

“Maidstone Borough Council sought this injunction to prevent further landscape harm to the site which could not go on any longer.  This result is a great example of MBC working with other agencies and this successful action will now make any breach of the terms of the Injunction by an persons’ named within it may be held to be in contempt of court and imprisoned or fined, or their assets may be seized.”

The Council will be monitoring the situation on the site at Bell Lane, Boxley very closely to assess whether the terms of the Injunction are being met. Breaches of the Injunction will be robustly investigated and if necessary, further High Court action will be pursued.  The Council will continue with its legal action to ensure compliance with the terms of the Enforcement Notice and that the site is tidied up.