Information
This is our News site and press centre for Maidstone Borough Council.
HomeNews2021JuneOakwood Cemetery 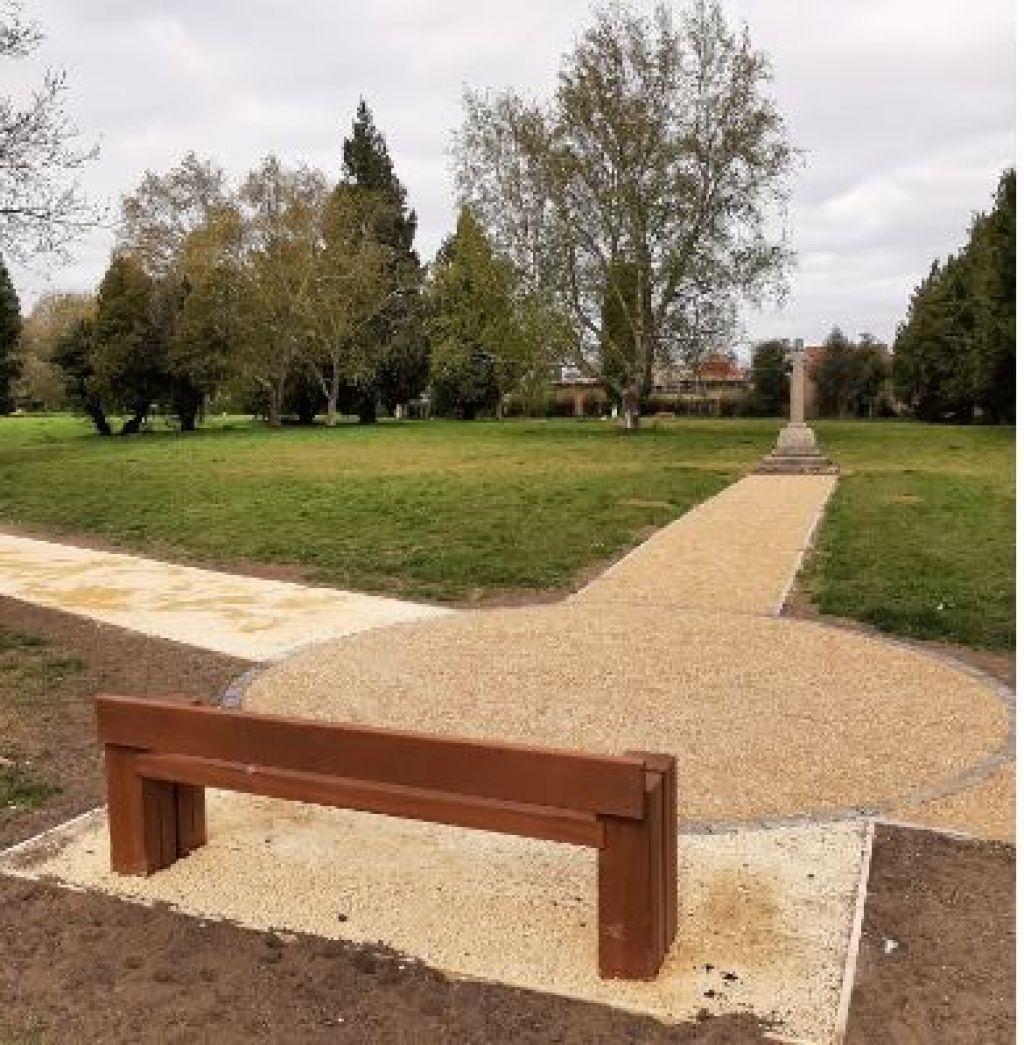 During 2020 the team restored a Kentish Ragstone boundary wall and constructed a new entrance and have just completed a network of footpaths and new seating.

The Council took over responsibility for the cemetery site in 2015 from the Department of Health and the area has been developed as a small public open space for local residents.

Local Borough Councillor Ashleigh Kimmance has been very involved in the project, he said:

“This cemetery is an important historical landmark for Maidstone and is the final resting place for thousands of patients and staff from the hospital. It is a beautiful area and these works will hopefully encourage more residents to visit and enjoy it.”

The site was the cemetery for Oakwood Hospital, a psychiatric hospital founded in 1833 that was located on the eastern side of Hermitage Lane. Known originally as the County Mental Hospital, it initially provided care for 169 patients although with many additions to the buildings at its peak in the 1940’s it held more than 2,000 patients.

The hospital closed in 1994 and services transferred to the nearby Maidstone General Hospital. The cemetery closed for burials in the 1950’s and around 25 headstones, a memorial cross and the former chapel can still be seen. Most of the remaining headstones are on the eastern boundary near the chapel building and mark the graves of those who worked at the hospital. The graves include a Commonwealth War Grave.

The funding has come from a number of Planning Agreements for open space improvement from surrounding residential development sites.