Information
This is our News site and press centre for Maidstone Borough Council.
HomeNews2021MayMaidstone has a new Mayor

News Maidstone has a new Mayor 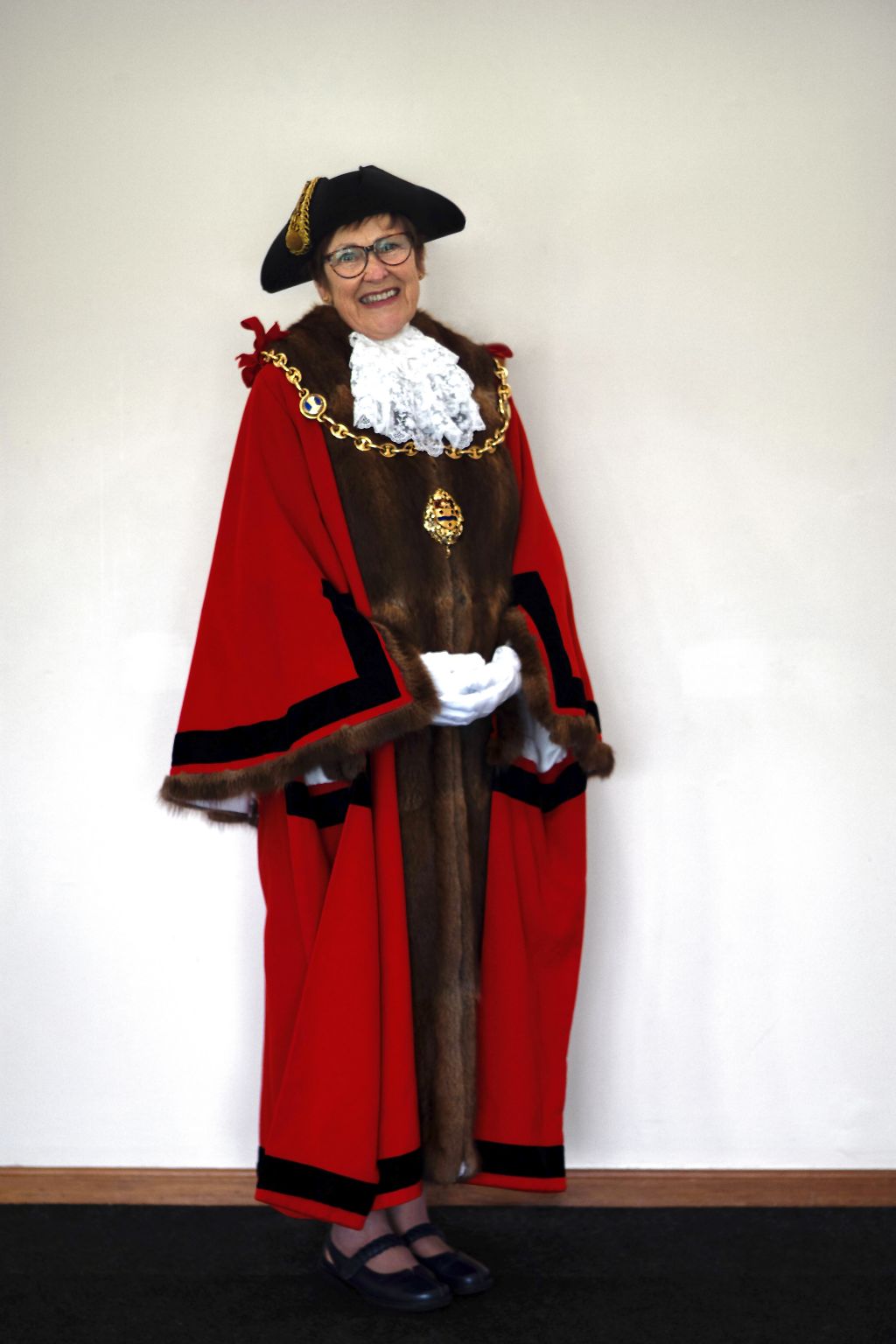 The new Mayor of Maidstone, Cllr Fay Gooch, was elected at the Maidstone Borough Council (MBC) Annual General Meeting on Saturday 22 May.

Due to Covid-19 restrictions the meeting was held at the Detling Showground, Exhibition Hall when Fay received her chain of office from outgoing Mayor Cllr Marion Ring.

Fay Gooch previously served as Deputy Mayor after stepping in to the role when her predecessor Cllr Wendy Hinder sadly passed away in February 2020.

Cllr Gooch has local government running through her veins after spending her whole working life in the sector; she started at the London Borough of Lewisham, then having left to have a family, joined Kent County Council at what used to be Sandling Block Springfield, then at Sessions House and at Invicta House.

Fay has lived in Maidstone since 1975, and in Barming since 1985. She is married to Peter, has two children and four grandchildren. Fay joined Barming Parish Council in 1997 and has been Chairman since 2002.

“I could not have imagined that after 13 years of being the Borough Councillor for what is now called Barming and Teston, I would be given the opportunity to become Mayor of Maidstone as first citizen of the borough. This is an incredible honour and privilege for me.

“Our borough has so much to offer; for our residents and visitors to return to, explore and enjoy; beautiful countryside, charming villages, our County Town, including some fabulous pubs and restaurants!”

As part of her role as Mayor, one of the duties will be to attend civic and ceremonial functions on behalf of the Council with preference being given to local organisations and to events within the borough, and Fay welcomes invitations from people across Maidstone.  Anyone who would like to invite her to attend should apply on line:  Maidstone Mayor

“I especially want everyone to know that Maidstone is open for business and help promote retailers, industrial organisations across the borough be they large or small, whilst supporting entrepreneurs looking to start up their own businesses.

“My year as Mayor would not be complete without warmly thanking our wonderful volunteers and doing what I can to help revitalise the coffers of our voluntary and charitable organisations through fund raising. I look forward to meeting you!”