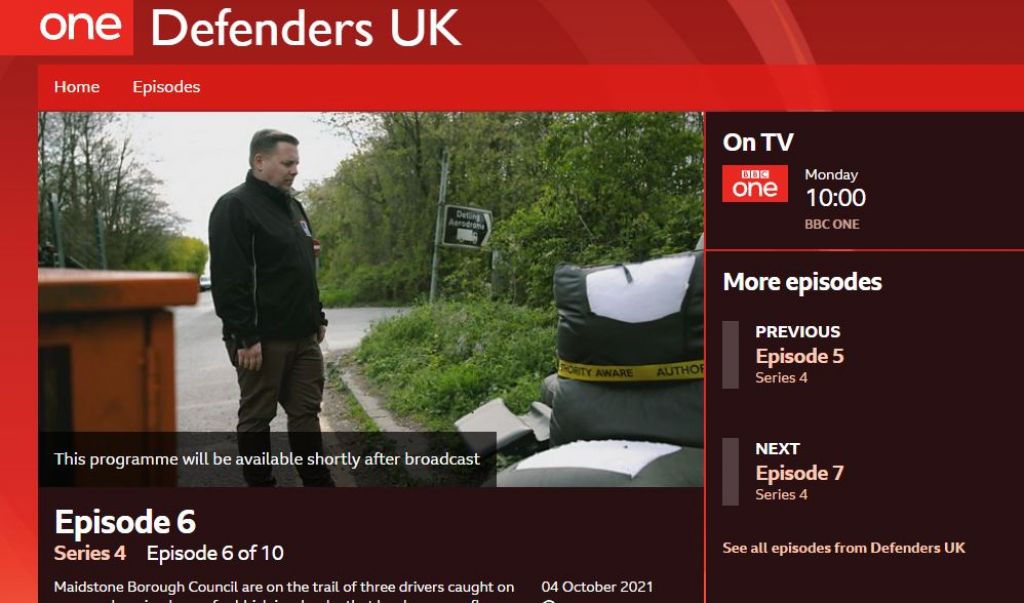 The documentary series shows how enforcement officers from various public bodies work hard to protect the public and followed the Maidstone team during a joint operation with Kent Police, which was filmed last year.

In the episode Waste Crime Manager Jamie Duffy is on the trail of a BMW driver caught on camera dumping bags of rubbish in a lay-by that has become a fly-tipping hotspot.

“I know how much local residents hate fly-tipping.  But I can assure them that the Council’s Waste Crime Team are working hard to tackle the criminals who do this.

“That’s why I’m pleased the BBC chose to showcase the work that Jamie and the MBC team are doing.  I want everyone to know they’re out there - especially the people illegally dumping rubbish.

“Meanwhile, local residents can report any waste they see dumped anywhere in the borough through the Council website: www.maidstone.gov.uk”

Since October 2020 the Waste Crime Team have seized 17 vehicles, issued 21 Fixed Penalty Notices for fly tipping, ranging from £300 to £400 which were for waste carriers offences and six for duty of care offences. To report a waste crime please visit: https://maidstone.gov.uk/home/primary-services/street-care-and-cleaning/litter,-bins-and-street-sweeping/report-fly-tipping