Information
This is our News site and press centre for Maidstone Borough Council.
HomeNews2022FebruaryMBC Climate Action Plan scores top in Kent and among best in UK 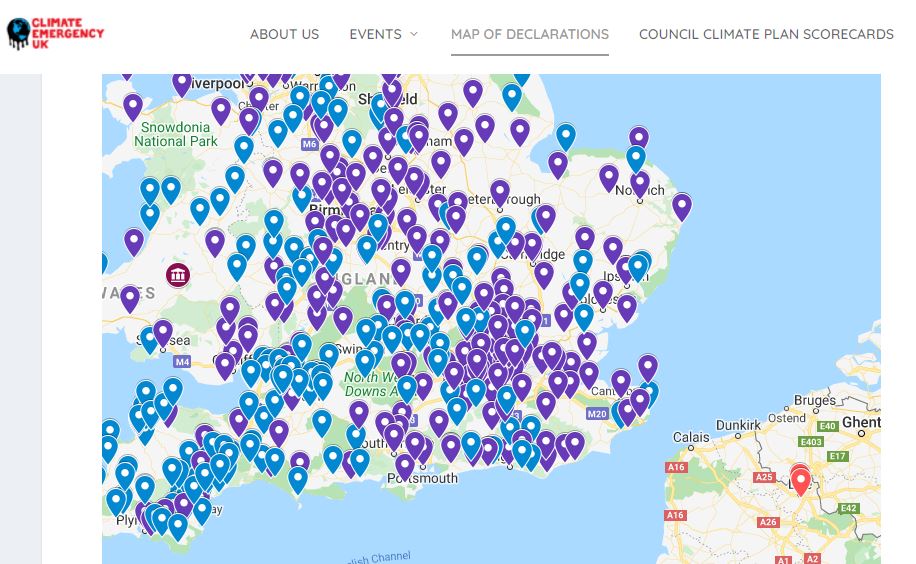 Maidstone Borough Council’s (MBC) Climate Action Plan is ranked joint 25th place nationally out of 325 UK councils who have declared a climate emergency and has received the top score among Kent councils according to a Climate Emergency UK campaign.

The score of 72% was awarded to MBC’s Biodiversity and Climate Change Strategy and Action Plan by the not-for-profit campaigning organisation as part of its national Council Climate Plan Scorecards initiative and makes it a ‘top performer’ in the UK. The average score across UK authorities was 46%.

The scoring carried out by Climate Emergency UK was based on 28 questions which analysed councils’ plans to become carbon neutral including issues such as costing, resident-engagement, strategies to decarbonise waste, planning and homes, working with others in the area and reskilling the workforce.

“It’s fantastic for Maidstone to be recognised as a top performing council when it comes to climate change strategy. However, this is just the beginning, and actions speak louder than words– there is so much we can do to address this issue and we’re committed to doing it.

“We don’t see Climate Emergency UK’s score card as a competition, instead we hope that this campaign helps to highlight what we can all do to make a difference. We hope that more local authorities will be encouraged to take part and work together. Our combined efforts can really help to tackle this problem so we are eager to work with local partners to make an even greater positive impact on our environment.”