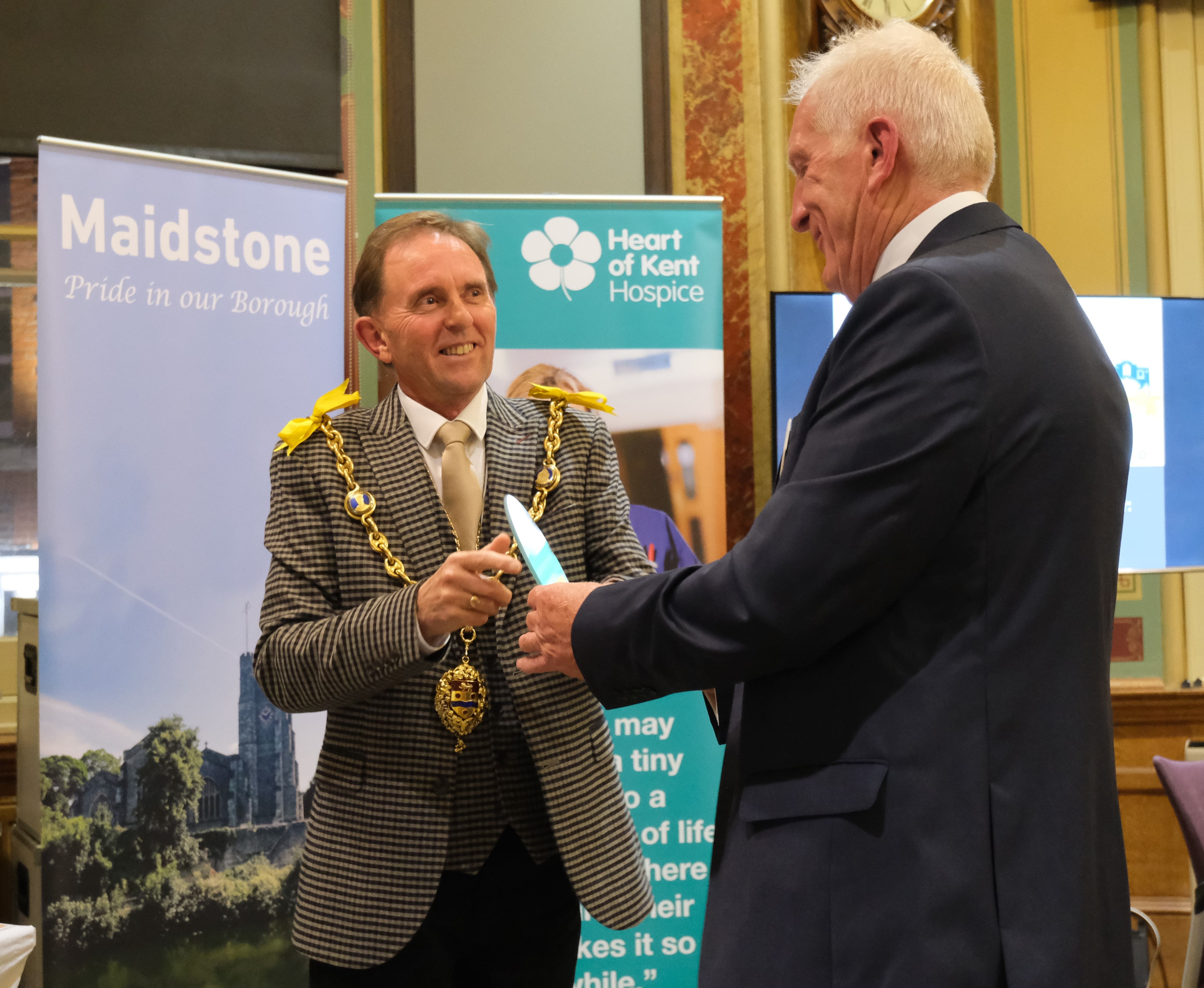 Maidstone Compassionate Community Awards were presented yesterday to celebrate and acknowledge individuals, groups and organisations who have gone above and beyond to make a difference to so many people in their communities.

Maidstone Borough Council (MBC) and Heart of Kent Hospice (HOKH) held the awards ceremony yesterday 1 November, at the Town Hall where friends and family of the winners joined the celebrations to showcase the work they had done to help and support others.

The third Maidstone Compassionate Community Awards were launched in August and received a wide variety of nominations reflecting the hard work of some of the people and organisations who make a difference across the borough.

Presenting the awards at the event was the Mayor of Maidstone, Cllr Derek Mortimer who said:

“The Maidstone Compassionate Community Awards are a fantastic way to recognise some amazing acts of kindness and shine a light on some of the people who give up their own time to help and support others.

“The nominations that were received this year included some great examples of how people in Maidstone help each other without a thought for themselves making a big difference to their community. I would like to take this opportunity to thank and congratulate each and every one of them for everything they have done and continue to do.”

The 2022 Compassionate Community Awards winners are:

One of the four priorities of Maidstone Borough Council is Homes and Communities and these Awards reflect that.  They were introduced by MBC and Heart of Kent Hospice in 2020 in conjunction with media partners the Kent Messenger to highlight the work people were doing in response to the Covid pandemic.