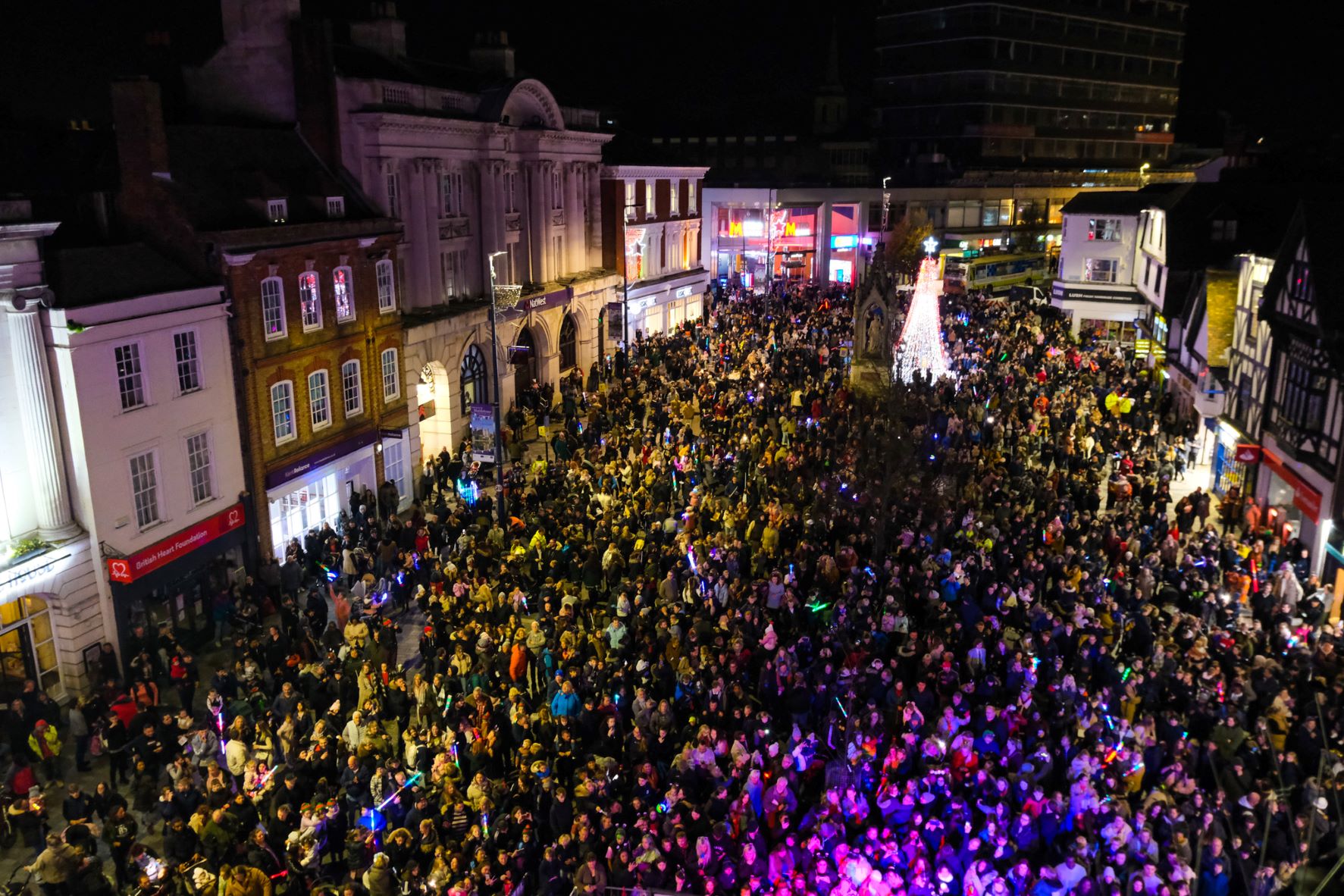 Christmas officially started in Maidstone last night when the Mayor helped switch on the festive lights in the town centre.

The event hosted by One Maidstone, was held in Jubilee Square and saw crowds entertained with musical performances including the cast of the Hazlitt Theatre Pantomime – Sleeping Beauty along with Santa who helped bring the town alive.

“It was absolutely fabulous to see so many people in the town centre celebrating the official start of Christmas.

“This year more than ever, we are all watching the pennies and free events like these are a great opportunity for the residents of Maidstone to join together and enjoy the start of the festivities in the town.

“I was delighted to be asked by One Maidstone to help switch on the lights and officially herald the start of Christmas.”

Other free events planned include Maidstone Borough Council (MBC) working with One Maidstone to deliver the Magic of Maidstone Christmas Parade which will be held on Thursday 24 November in and around the town centre between 4pm and 7pm.  The parade, performance events and project are funded by the UK Governments through the UK Shared Prosperity Fund.

Also launching on 24 November is Santa’s Giant Postbox which will be located at the Lockmeadow Leisure Complex offering children the chance to send letters to Lapland free of charge. As well as Maidstone’s Xmas Trail which has 24 advent calendar posters around the town; people can scan a QR code on any of the posters to enter a free prize draw with the chance of winning £150 shopping vouchers.

One of MBC’s priorities include A Thriving Place and the town centre events reflect this.