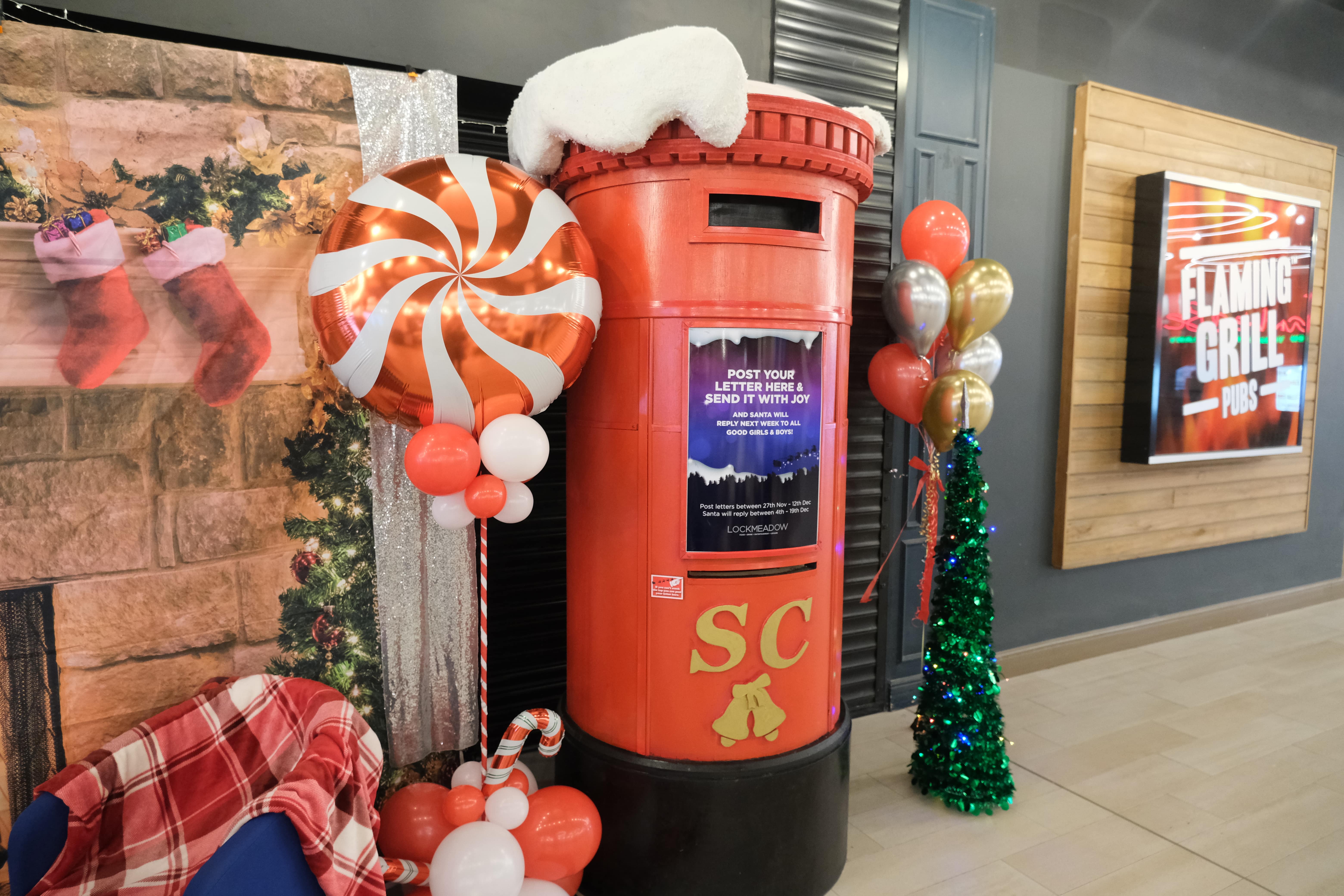 Santa has chosen the Lockmeadow Entertainment Centre to host Maidstone’s biggest post box so that all the children’s letters get to the North Pole in time for Christmas.

The bright red giant post box will feature at the Love Food @ Lockmeadow food hall and will be open for letters to be posted from this Thursday 24 November at 3.45pm when the Mayor of Maidstone, Cllr Derek Mortimer will join Santa and his elves to welcome the first visitors to write and post their letters. Children visiting Lockmeadow can write their letter and post it in the giant box which has a special super-fast route directly to the North Pole where letters will magically arrive.

On Thursday afternoon children will also get the chance to have their photo taken with Santa and can enjoy a variety of performances including LED drummers and a Grinch impersonator between 3.45pm and 5.45pm.

Mayor of Maidstone, Cllr Derek Mortimer who will be opening the post box on Thursday, said:

Santa’s Post Box is a fantastic idea that MBC introduced last year at Lockmeadow and so popular with all the children who sent their letters directly to the North Pole. I am delighted that once again they will be able to use this free special Christmas postal service which is here for all children to enjoy.

The Giant Post Box will be open from 24 November – 2 December and is one of the series of events at Lockmeadow as part of the Maidstone Magic of Christmas Parade which sees performers ‘popping up’ around the town. This will include performances by festive stilt walkers, roller skating baubles and clockwork ballerinas at Lockmeadow, The Mall, Fremlin Walk and the Royal Star Arcade.

The day will finish with a fantastic Maidstone Magic of Christmas walking carnival when all the characters and performers will join together at 6.30pm and parade from Maidstone Museum, head through Fremlin Walk, on to Week Street, in to The Mall and down to Jubilee Square for a grand finale performance of the LED drummers outside the Town Hall.

Find out more about the Maidstone Magic of Christmas by going to:

Homes and Communities is one of the four priorities for Maidstone Borough Council and the Magic of Christmas Parade and events reflect that.

Sign up to Maidstone Borough Council e-newsletters ‘Stay Connected’ to receive vital news and updates via email for the many services and events provided by the Council: https://maidstone.gov.uk/StayConnected

Find out about Lockmeadow events on the website: www.lockmeadow.co.uk