News The Magic of Christmas comes to Maidstone 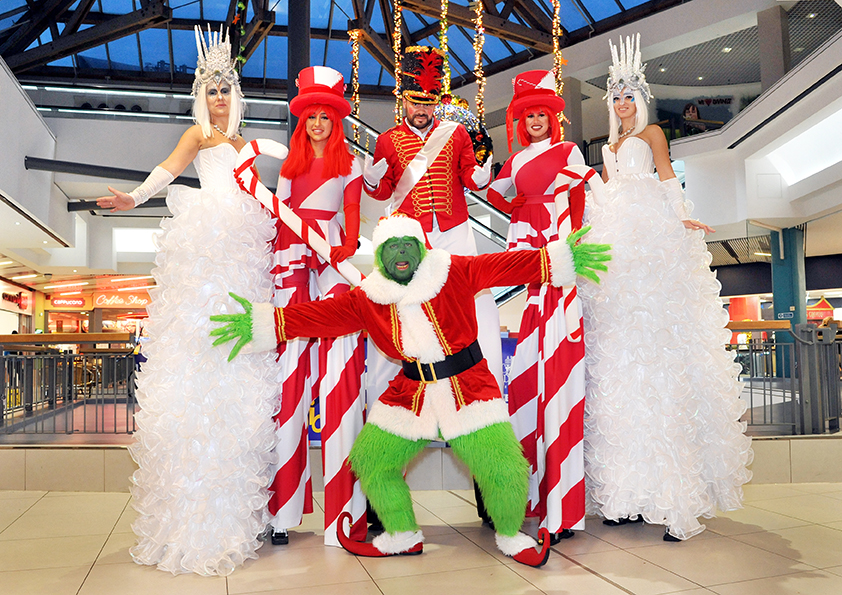 Not even torrential rain could stop the Magic of Christmas coming to Maidstone yesterday.

Hundreds of people enjoyed spectacular entertainment which was brought to the town centre by Maidstone Borough of Council (MBC) and One Maidstone who worked together to bring a host of free Christmas performances together.

Young performers also braved the weather and the crowds enjoyed performances by the Pauline Quirk Academy and Hazlitt Institute.

“The Magic of Christmas events were absolutely fantastic for Maidstone –and it was wonderful to see so many people there despite the rain – who clearly really enjoyed it.”

Father Christmas was also on hand with his Elves at the Lockmeadow Entertainment Complex when the Mayor joined them and launched launch the Giant Post Box.  Over 350 children visited Father Christmas free of charge to have their picture taken with him on his sleigh.

“Maidstone Borough Council has worked hard to deliver these events yesterday which were absolutely free and that is so important in these times when everyone is worried about rising costs. I heard so many lovely stories of children getting to meet Santa when they otherwise wouldn't have been able to due to cost.”

The event finished with the Maidstone Magic of Christmas parade when all the characters and performers joined together and walked through the town from Maidstone Museum to Jubilee Square.

You can watch some of the highlights from the event here

Homes and Communities is one of the four priorities for Maidstone Borough Council and the Magic of Christmas Parade and events reflect that.

Sign up to Maidstone Borough Council e-newsletters ‘Stay Connected’ to receive vital news and updates via email for the many services and events provided by the Council: https://maidstone.gov.uk/StayConnected