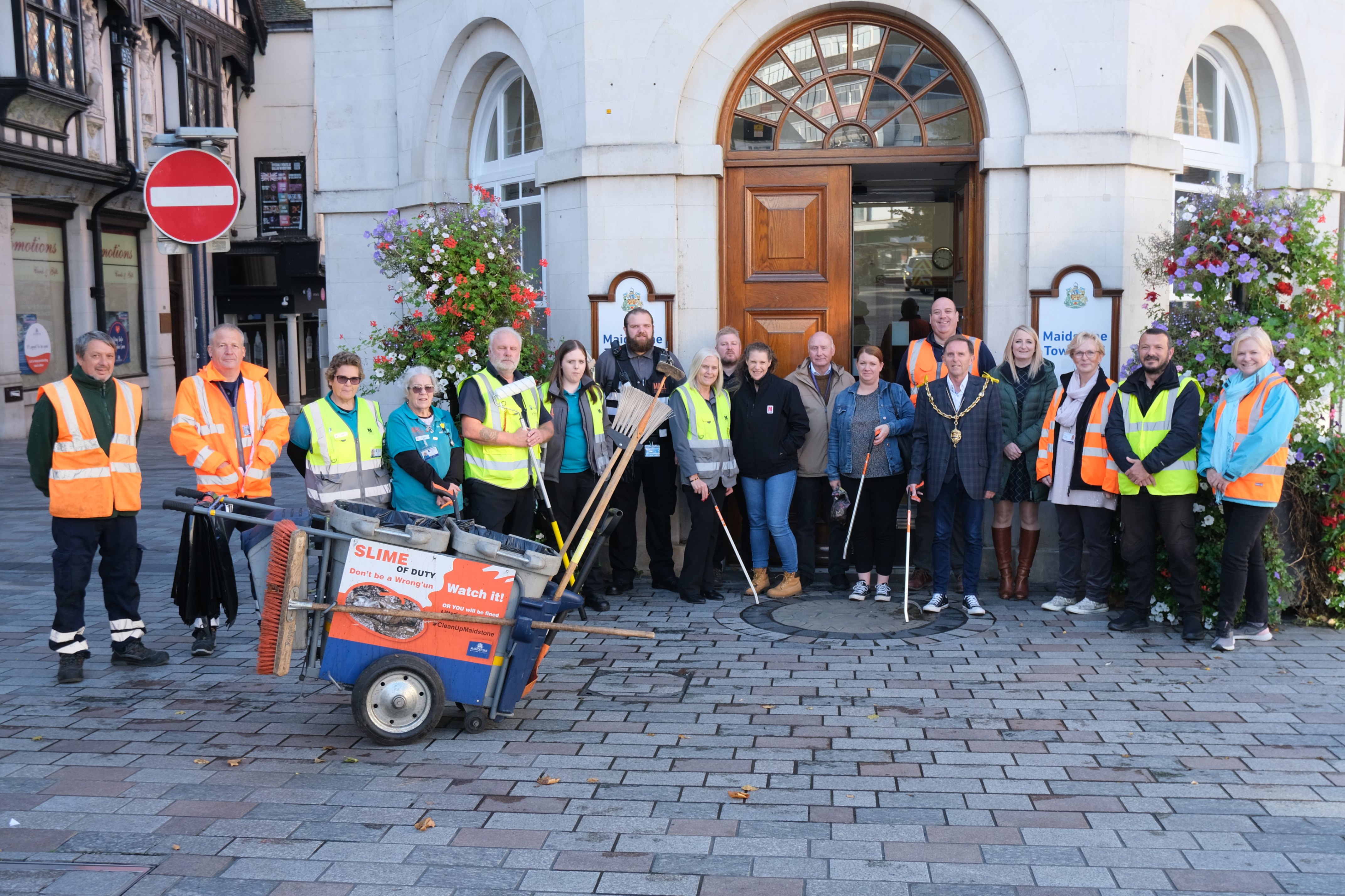 Teams worked on projects in various areas of the town including removing graffiti and restoring the area in Gabriel's Hill and Fairmeadow.  They also took part in litter picking at Romney Place and along the riverbank from Lockmeadow to Tovil Bridge when over 30 sacks of rubbish were collected by the volunteers in just two hours from the areas.

Overseeing the start of the project today was the Mayor of Maidstone, Cllr Derek Mortimer who said:

The whole idea of #CleanUpMaidstone is to encourage everyone to get involved whoever they are and whatever they do and today has been a great example of that.

It was fantastic to see so many people from different organisations from the town centre literally rolling up their sleeves, getting their hands dirty and making a difference. These sorts of community events just go to show what can be achieved when we work together – thank you to everyone who gave up their time and took part today.

MBC saw changes to the street landscape and neighbourhoods across the borough, particularly when the first Covid lockdown was lifted in 2020 when there was an increase of 250% in littering.  In response the Council introduced the #CleanUpMaidstone campaign which reminds us that waste is everyone’s problem and that we have a role to play in solving it.

Using parodies of popular TV programmes, the MBC campaign shows littering is wrong, that it is an offence to litter and if caught people will be fined.  It also illustrates how everyday irresponsible waste disposal can impact the environment and how we live.